Waste Not, Want GMOs Not 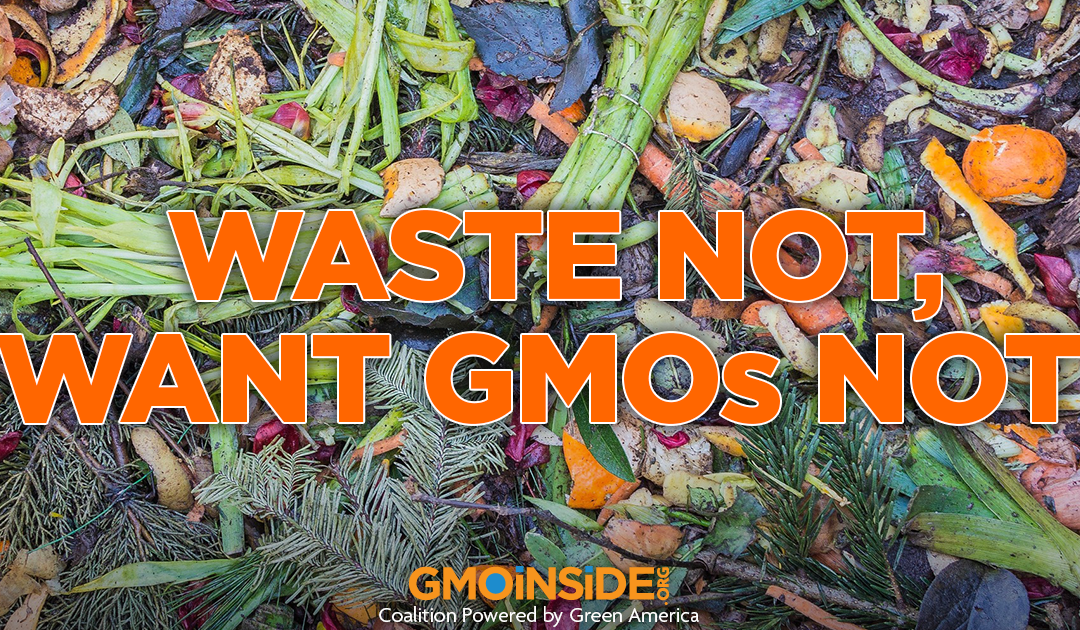 If you’ve ever spoken to anyone who is pro-GMO (genetically modified organisms) you have probably heard the argument that we need GMOs to feed the world. The global population is growing rapidly and unless we produce a higher volume of food, even more people will go hungry. GMOs are the only solution. This simply isn’t true; we do not need GMOs to feed the world. Somewhere along the way (with help from the biotech industry) this myth has been created and perpetuated.

Studies show that GE (genetically engineered) crops fail to promote higher yields than their non-GMO counterparts. Actually, some GE crops have been found to have even lower yields in comparison to traditionally-bred crops. This does not bode well for their future as a world-feeding cure-all.

The truth is that we have enough food to feed the world. The reason so many go hungry is that barriers keep them from accessing this food and, in fact, much of this food goes to waste.

How much food do we waste?

An estimated 40% of the food in our country goes to waste. If this food were better distributed and the infrastructure were in place to allow access, hunger would be lessened or eliminated. Much of this food is discarded by grocery stores after reaching (sometimes even before reaching) its sell-by date.

Grocery stores also discard fruits and vegetables due to slight physical imperfections that can keep consumers from purchasing them. While these foods might have superficial defects, their nutrition and flavor is identical to that of their “perfect” produce counterparts. Even worse, these foods are typically transported to dumps instead of feeding those in need.

A large quantity of food is also wasted by individuals. It is estimated that a family of four wastes about $1,500 worth of food a year. This wasted money and food could be utilized to feed more people. Instead, this food ends up in landfills where it contributes to climate change and pollution.

What barriers exist to feeding people?

Donating food that would otherwise go to waste may seem like an easy fix, but there are factors that prevent this from happening. Food companies…