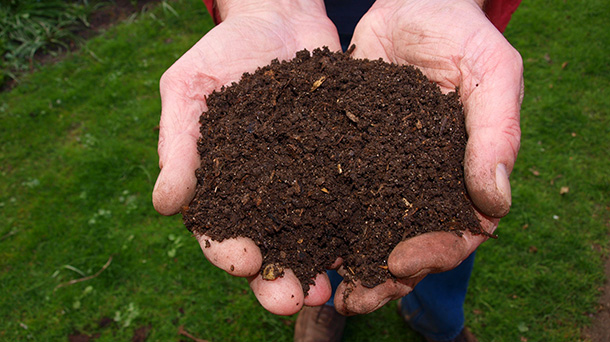 Most people know by now that composting is one of the best things you can do to help the environment and your garden at the same time. The average American family throws away about 400 pounds of food every year. This takes up 20% of the space in a landfill!

Composting not only rescues much of that waste, it reduces the quantity of methane (one of the worst greenhouse gases) produced by waste facilities. It’s also the one thing you can add to your garden that will improve every aspect of your soil structure, nutrition, and biology.

Composting has come a long way from throwing food waste into a pile in the backyard—and hoping for the best. Check out these unique composters making waves around the world and in local neighborhoods.

An Israeli company is capitalizing on the gas-producing side of composting by making a composter that converts food waste into fuel. The Home Biogas Digester System is designed for suburban composters and can take up to six liters of food waste per day (or up to 15 liters of animal manure or pet waste) and turn it into enough fuel to cook for two to three hours. The composting process also generates five to eight liters of liquid fertilizer, a welcome addition for any gardener—and the unit doesn’t require any electricity. The catch? The amazing digester works best in temperatures above 66°F (17°C), which means those of us in northern climates can only make use of this incredible invention for part of the year. But with free cooking fuel and nutrient-rich garden fertilizer, even seasonal operation has its merits.

They say ‘necessity is the mother of invention,’ and that’s certainly the case with Paris’ new composter-urinals. In a city where ‘wild pee’ers’ were winning the battle over public urination, Parisians decided to get creative. Now they are testing a design that looks something like a cross between a letterbox and an herb planter—and the results are encouraging. Stationed outside the Gare de Lyon train station, the pilot composters (known in Paris as uritrottoirs) provide an accessible location for people (er, men) who just can’t seem to wait for a public washroom. Inside, a single compartment captures the waste on a bed of fresh straw. Public employees remove the straw at intervals and take it to a composting facility. The resulting black gold feeds public parks, along with the attractive plants growing on top of the uritrottoirs. The only difficulty seems to be getting people to see the uritrottoirs for what they are, since like most things in Paris, they are rather elegant.

When it comes to home composting trends, bokashi seems to be at the head of the pack. Bokashi (which means ‘fermented organic matter’ in Japanese) is actually the name for the mix that hurries along this composting process. Made from wheat bran that has been inoculated with microbes, this mix goes on top of your food scraps every time you add them to your bokashi bucket. Then the magic begins: those microbes begin to break down the waste under anaerobic conditions (the opposite of regular compost). The results? When working properly, your bucket creates a ‘pickled’ matter that is smell-free—which makes it an attractive alternative to the ripe odor dominating some compost pails. But remember: bokashi compost isn’t a fully finished product. You still need to bury the partially composted waste to turn the pickled matter into dirt and complete the process. This means you need access to a yard or garden bed. You can also make your own bokashi composter, but you’ll need the inoculated bokashi mix to get you started and keep the…