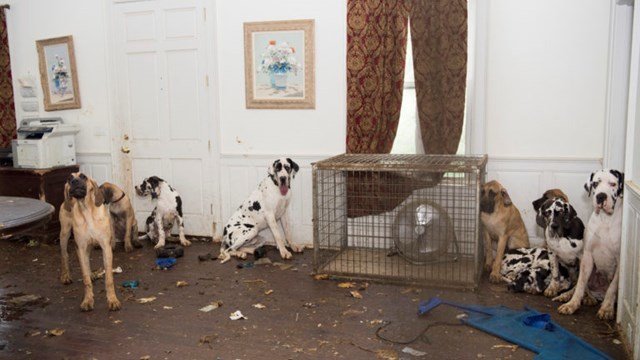 A squalid suspected puppy mill that one officer called the worst he had ever seen was raided in New Hampshire and 84 Great Danes were rescued, said law enforcement officials.

Owner Christina Ray, 60, was charged with two misdemeanor counts of animal neglect after police, animal control officers and personnel from the Humane Society of the United States on Friday freed dogs in cages and rounded up scores of others roaming sections of Ray’s dilapidated eight-bedroom mansion in Wolfeboro. Nine puppies were collected at another property.

The mansion was smeared everywhere with dog waste, said officials.

Some dogs were starving, with the outline of their bones poking from their fur, others were suffering from serious eye and skin infections. Many were frightened. There appeared to be no access to food and water for most…