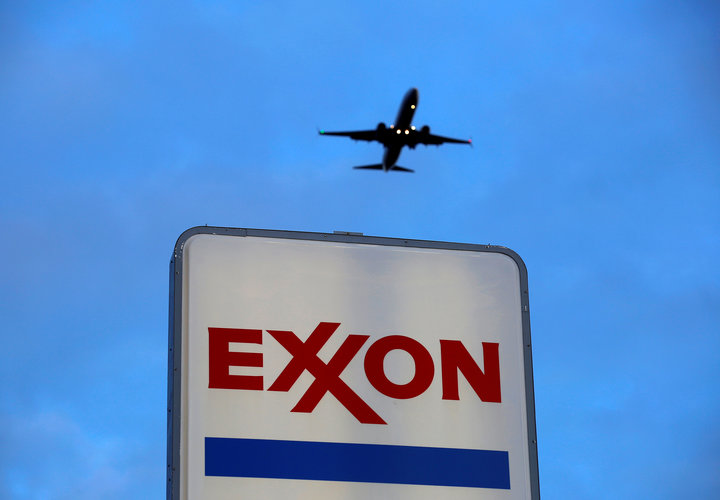 In February, a cadre of Republican elder statesmen unveiled their plan to put a tax on carbon emissions, arguing that “mounting evidence of climate change is growing too strong to ignore.”

That plan got the backing of Big Oil on Tuesday, as Exxon Mobil Corp., BP, Royal Dutch Shell and Total announced a new campaign to push Congress to consider passing a carbon tax.

Those companies are getting a lot of credit for supporting a carbon tax. But they also have a record of doing so when it seems highly unlikely that such a policy would pass Congress and get a presidential signature. And the industry has a history of working to undermine plans to price carbon when they do stand a chance of becoming a reality.

The Republican-backed carbon tax already has the support of former Treasury Secretary James Baker and former Secretary of Labor George Shultz, who have aligned with business and environmental leaders under the banner of the Climate Leadership Council. Industrial heavyweights, including Johnson & Johnson and General Motors, also have backed the plan. It calls for a $40 per ton tax on emissions, and would phase out much of the Environmental Protection Agency’s regulatory authority over planet-warming greenhouse gas emissions. Revenue from the tax would be returned to taxpayers in the form of quarterly dividends administered through the Social Security Administration.

“We have been encouraged by the proposal put forth by the Climate Leadership Council as it aligns closely with our longstanding principles,” Exxon Mobil CEO Darren Woods said in a statement on Tuesday. “We are pleased to support the Council as a Founding Member and work constructively to support their policy development process.”

On the face of it, support from a group that includes Exxon Mobil may seem like a coup for those seeking to avert catastrophic climate change. After all, the company spent decades funding a disinformation campaign to discredit climate science, and remains so politically influential its last chief executive, Rex Tillerson, became the secretary of state without any diplomatic experience.

Climate change has become impossible to deny outright, and an overwhelming majority of Americans on both ends of the political spectrum want lawmakers to do something about it. At this point, regulations to limit emissions from burning fossil fuels, industrial farming and deforestation seem inevitable. Big polluters are likely to face fewer restrictions and have a bigger say under a plan sanctioned by business-friendly Republicans.

“What seems interesting about today’s announcement is Exxon Mobil,” Joseph Majkut, director of climate policy at the libertarian think tank Niskanen Center, told HuffPost by phone. “As far as I can tell, this is the first time they’ve been publicly attached to such a specific set of policy ideas.”

“We’ve known for a while that Exxon is supportive of carbon pricing as a mechanism,” he added. “They add a weight that, along with all these other large business leaders, could provide political cover for Republicans to embrace carbon pricing.”

But the oil industry has publicly supported curbing planet-warming emissions for over a decade while quietly working to sabotage any such legislation ― both by funding the campaigns of climate change deniers and torpedoing aggressive policy proposals.

In June 2009, the Democrat-controlled House of Representatives passed a bill to create a cap-and-trade system, which…