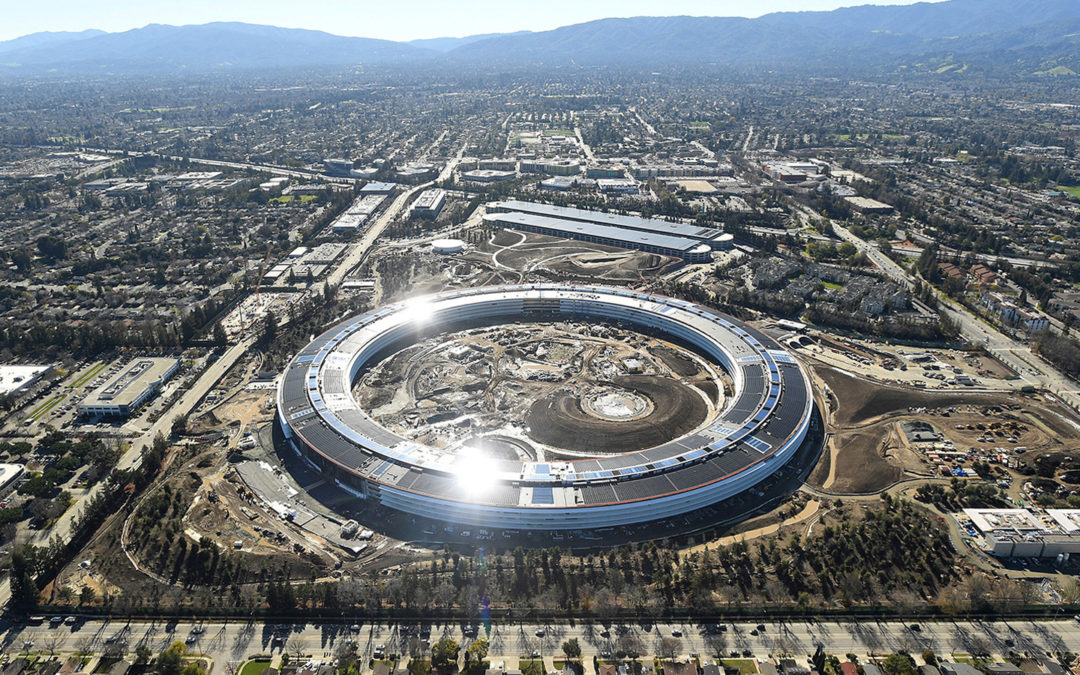 There’s been much high-profile gushing over the spaceship-in-Eden–themed campus that Apple spent six years and $5 billion building in Silicon Valley, but it turns out techno-utopias don’t make great neighbors.

“Apple’s new HQ is a retrograde, literally inward-looking building with contempt for the city where it lives and cities in general,” writes Adam Rogers at Wired, in an indictment of the company’s approach to transportation, housing, and economics in the Bay Area.

The Ring — well, they can’t call it The Circle — is a solar-powered, passively cooled marvel of engineering, sure. But when it opens, it will house 12,000 Apple employees, 90 percent of whom will be making lengthy commutes to Cupertino and back every day. (San Francisco is 45 miles away.)

To accommodate that, Apple Park features a whopping 9,000 parking spots (presumably the other 3,000 employees will use the private shuttle bus instead). Those 9,000 cars will…