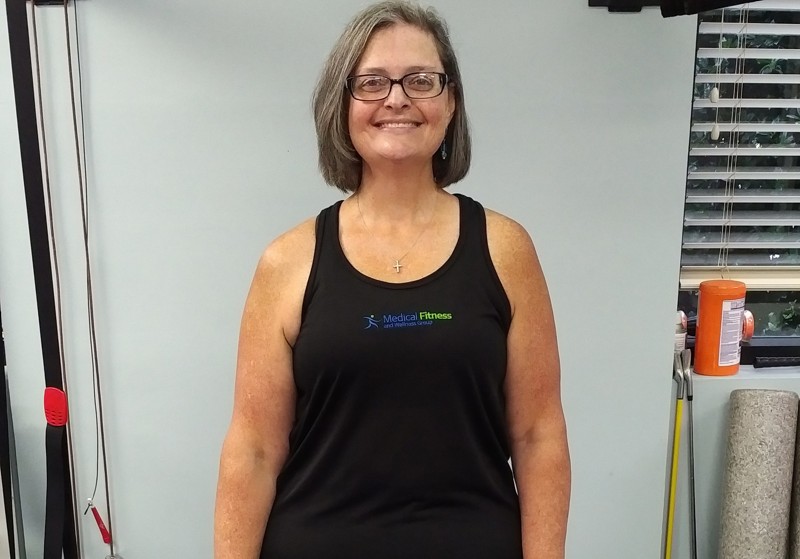 Roughly 16 months and 113 pounds ago, Kimberly Flowers struggled to get out of chairs, to walk up the stairs. On July 4, she’ll participate for the first time in The Atlanta-Journal Constitution Peachtree Road Race.

Flowers has been an accountant at Howard Brothers in Duluth for the past 17 years. But she was fighting an internal war: She weighed 307 pounds. For the second consecutive year, her doctor advised her to take action. Flowers had knee problems and a diabetic family history. Moving around had become a chore. The doctor said if circumstances didn’t change, Flowers should consider bariatric surgery.

“I turned that notion down flat,” she said. “I absolutely didn’t want bariatric surgery, but it got me moving.”

Flowers, who lives in Duluth, decided to regain control of her life again, starting her mission a month following that meeting. After extensive research, she sought out Mike Hardy, owner of Medical Fitness and Wellness Group in Johns Creek, in February 2016. As her trainer and nutritionist, Hardy played an integral part in Flowers’ life-altering year from the day she met him.

“I have not looked back from that point,” Flowers said. “He’s critical to my support system. He’s extremely knowledgeable. He worked diligently to correct my posture, balance. I was losing my balance consistently. We’ve seen, even in the first month, significant change.”

Hardy corrected her posture and balance before diving deep into personal training. He put her on a nutrition plan that stabilized her blood sugar and energized her metabolism. She was walking trails by April. She set an “aggressive” goal to lose 50 pounds by her 50th birthday in July, and she reached that mark a week early.

Flowers braved the cold in her first 5K in November: the Glow Out the Dark 5K in Gainesville, a run supporting SAFFT, which helps foster children, their families and caregivers, according to its website.