All About Growing Eggplant 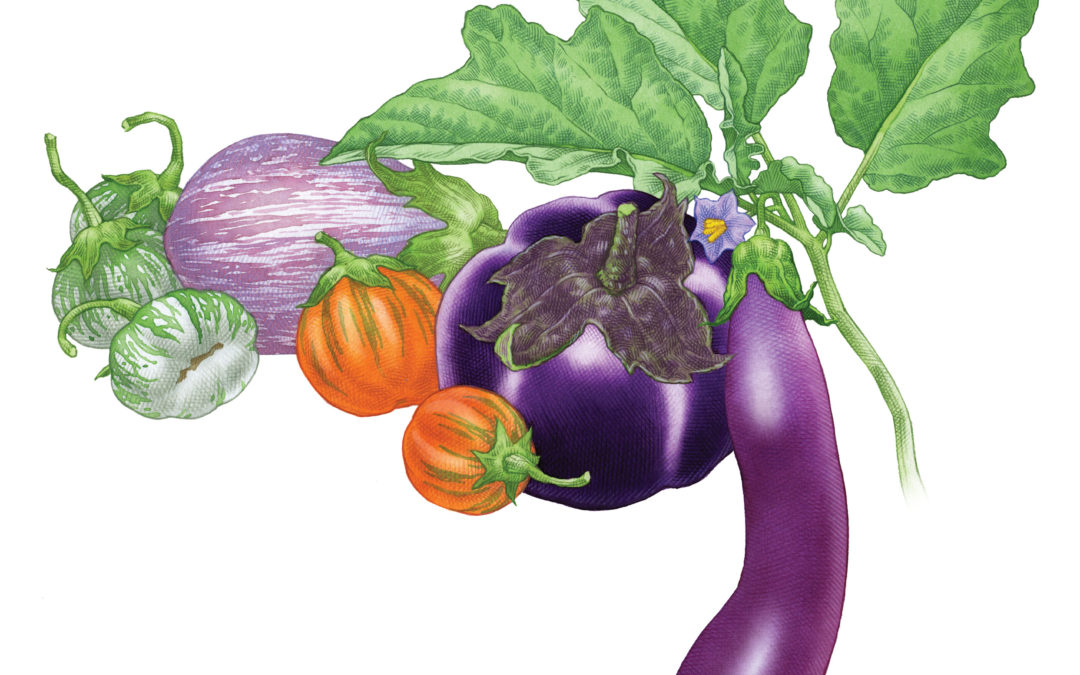 (For details on growing many other vegetables and fruits, visit our Crop at a Glance collection page.)

Growing eggplant is easy where summers are long and warm. Where summers are short, varieties that mature quickly and produce medium to small fruits can easily be grown in containers. If you grow peppers, you can grow eggplant. The fruits may be purplish-black, white or all shades in between — some varieties even bear orange or green fruits.

Small-fruited eggplants are the best type for compact spaces. Some varieties produce fruits in attractive clusters which may be green, white, lavender or purple.

Novelty eggplants include unusual varieties from around the world, such as orange Turkish eggplant, green Thai eggplant, or egg-shaped white eggplant.

For more detailed information on each type of eggplant and our list of recommended varieties, see our Eggplant at a Glance chart.

When to Plant Eggplant

Start eggplant seeds indoors about six weeks before your last spring frost, or about two weeks after tomatoes and peppers. Eggplant seeds germinate best at temperatures above 75 degrees Fahrenheit. Bottom heat is useful in getting the plants up and growing. Keep these members of the nightshade family growing under bright fluorescent lights for 14 to 16 hours each day, and transplant them to 4-inch containers when they have three leaves. Move plants outdoors on warm, sunny days, but bring them indoors when temperatures drop below 55 degrees. Set out hardened-off seedlings when they are about eight weeks old. When planning your garden, allow one plant per person, as a healthy plant will produce about 5 pounds of eggplant over two months or more. For more information on starting seeds indoors see Seed Starting Made Simple. To learn when to plant eggplant in your region see What to Plant Now.

How to Plant Eggplant

Choose a sunny, well-drained site with fertile soil (pH between 5.5 and 6.5). To reduce pest problems, choose a spot where nightshade family members (eggplants, tomatoes, potatoes or peppers) have not been grown for at least two years. Two weeks before planting, loosen the planting bed and mix in a 2-inch layer of rich compost along with a standard application of balanced organic fertilizer or composted poultry manure and water well. In cool climates, cover the prepared bed with black plastic film to help warm the soil. Allow 24 inches between plants and plan ahead for stakes or other supports. In most regions you’ll need to cover newly transplanted eggplants with row covers to exclude flea beetles and other pests. Once plants are about 14 inches tall they are tough enough to fend for themselves and at this height you can remove covers to admit pollinators.