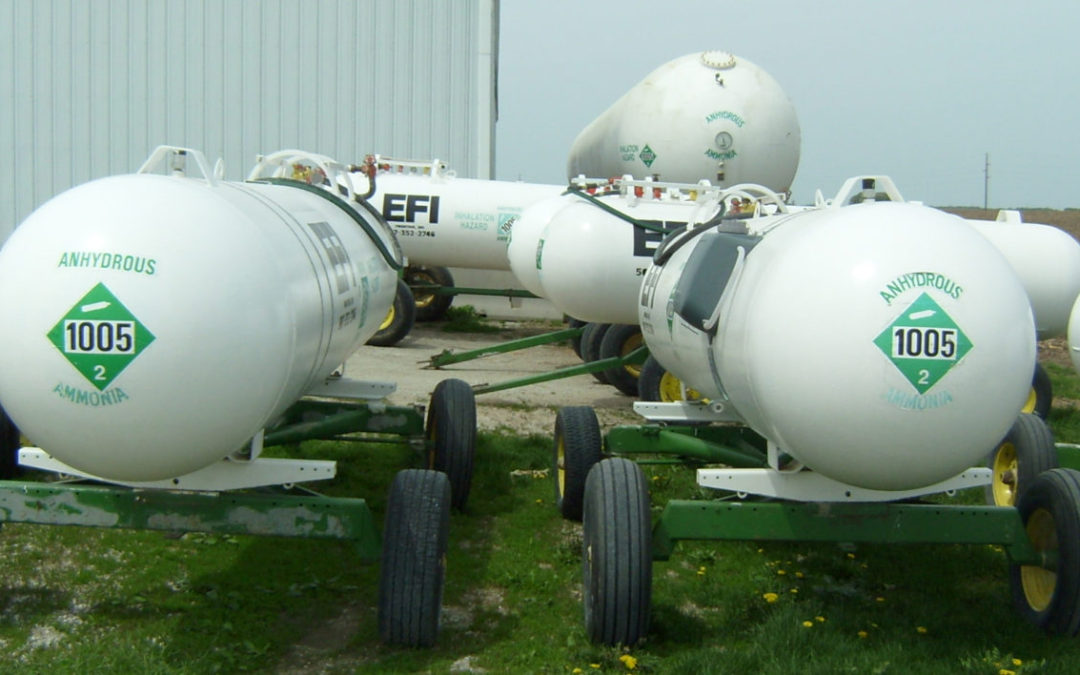 Recognizing its utility as a household cleaner, especially to remove grease, ammonia has a smell that is familiar to most of us. But, nearly all of the annual industrial production of ammonia goes into other products, especially nitrogen fertilizer. Some farms inject ammonia directly into the soil. Others apply urea or ammonium phosphate fertilizers made from ammonia. All aim to supplement the availability of nitrogen for crop growth. Not all the ammonia gets into the crop. Inadvertent losses of nitrogen from fertilizers to the atmosphere account for about ten percent of fertilizer applications across the USA. Some nitrogen is also lost in the runoff to streams and rivers.

Nitrogen in agricultural crops that are fed to animals, especially hogs and poultry, is primarily released back to the environment as ammonia gas. The urine of mammals contains urea, which is converted to ammonia by bacteria in soils and hog-waste lagoons. The feces of chickens and turkeys contain uric acid, which also returns to the atmosphere as ammonia. Some of the highest concentrations of ammonia in rainfall occur in Iowa and eastern North Carolina, where a lot of these animals are grown.

Before it returns to the ground in rain, ammonia gas in the atmosphere reacts with sulfuric or nitric acid vapors to form small particles known as aerosols, which are largely composed of ammonia sulfate. Because they form in the atmosphere, these are known as “secondary aerosols.” (Soil dust would be an example of a primary aerosol). Secondary ammonia sulfate aerosols are very small, so they fall into the designation as PM2.5 –a category that is used to designate particulate matter…