Artist Realizes Only Appropriate Use Of Trump Tweets Is Plant Food 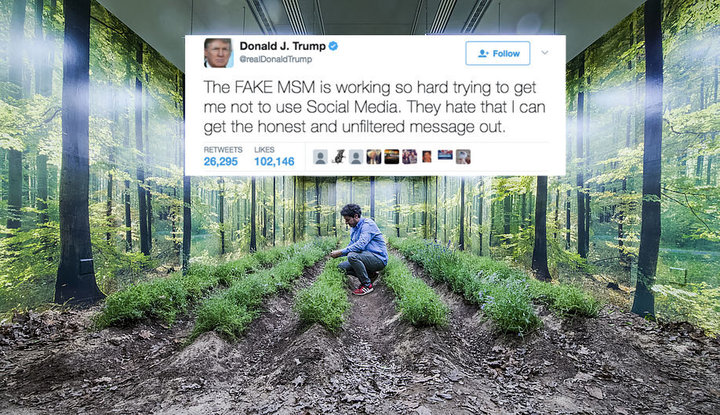 President Donald Trump’s tweets might be polluting the natural environment that is your mind, but they’re finding greater purpose somewhere: specifically, in a subterranean lavender field in New York City.

Austrian artist Martin Roth, now based in NYC, is the mad gardener behind an idyllic new art exhibition, which happens to be powered in part by Trump’s 140-character declarations. Nestled inside the Austrian Cultural Forum of Midtown Manhattan, it consists of 200 lavender shrubs that are nurtured by grow lights whose power corresponds with the activities of several social media accounts.

That’s right, the strength of the bulbs depends on how frequently accounts like @POTUS, @realDonaldTrump, @PressSec and @KellyannePolls issue a tweet. (Other connected accounts: @foxandfriends, @seanhannity, @tuckercarlson, @breitbartnews, @heritage, @CNN and @washingtonpost.)

Motivated by the “heightened anxiety” many have felt in the wake of Trump’s election, the arrangement is meant to turn the chaos of our present political reality into something capable…