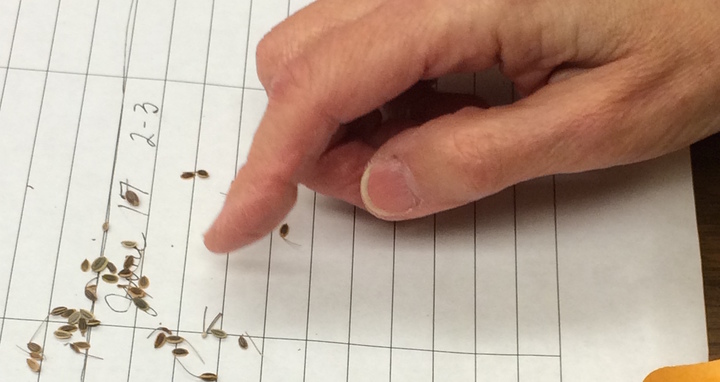 In Norway, a high-tech seed vault flooded from melting permafrost. In Montana, locals keep their seeds in the library.

On Feb. 26, 2008, a $9-million underground seed vault began operating deep in the permafrost on the Norwegian island of Spitsbergen, just 810 miles from the North Pole. This high-tech Noah’s Ark for the world’s food varieties was intended to assure that, even in a worst-case scenario, our irreplaceable heritage of food seeds would remain safely frozen.

Less than 10 years after it opened, the facility flooded. The seeds are safe; the water only entered a passageway. Still, as vast areas of permafrost melt, the breach raises serious questions about the security of the seeds, and whether a centralized seed bank is really the best way to safeguard the world’s food supply.

Meanwhile, a much older approach to saving the world’s heritage of food varieties is making a comeback.

On a recent Saturday afternoon, a group of volunteers in the northern Montana city of Great Falls met in the local library to package seeds for their newly formed seed exchange, and to share their passion for gardening and food security.

“We don’t know what’s going to happen to our climate in the future,” said Alice Kestler, a library specialist. “Hopefully, as the years go by, we can develop local cultivars that are really suited to the local climate here.”

For millennia, people the world over have selected the best edible plants, saved the seeds, and planted and shared them in sophisticated, locally adapted breeding projects that created the vast array of foods we rely on today. This dance of human intelligence, plant life, pollinators, and animals is key to how human communities became prosperous and took root across the planet.

The Great Falls Library Seed Exchange is continuing that tradition even while a modern agribusiness model works to reduce the genetic diversity of our food stocks and consolidate control over the world’s seeds. Six seed companies now control three quarters of the seed market. In the years between 1903 and 1983, the world lost 93 percent of its food seed varieties, according to a study by the Rural Advancement Foundation International.

Especially in a time of climate change, genetic diversity is what we need to assure food security and resilience.