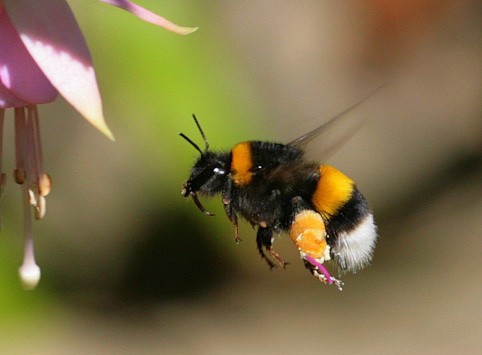 Detroit Michigan has seen better days. Industrial manufacturing and auto jobs have been leaving the city in droves over the past ten years. What has replaced them is swarms of bumblebees.

“Where we build cities or cultivate industrial farms,” says researcher Paul Glaum at the University of Michigan, “we remove potential nesting sites–especially for species that build their nests in the ground, like most bumblebees do.”

The decay of Detroit is good…