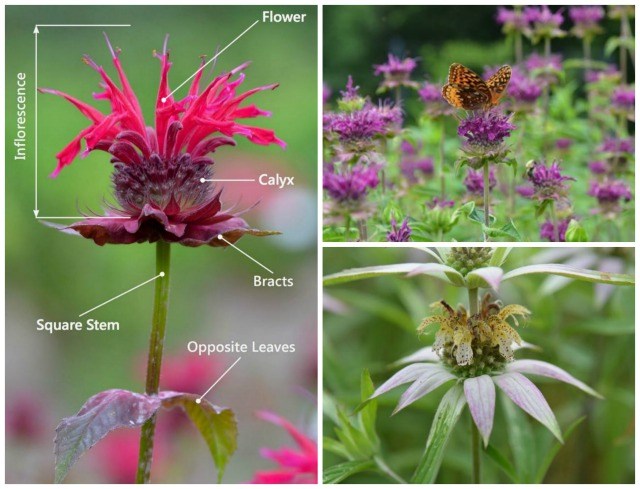 ITS COMMON NAME–bee balm–tips us off that Monarda is a pollinator favorite, and though the name doesn’t also say so, hummingbirds consider it irresistible, too. But as important as various native plants in the genus are, many of us gardeners may hesitate to plant Monarda because of its reputation for getting powdery mildew on its foliage in summer, or its inclination to run sideways.

George Coombs, who manages the trial gardens at Mt. Cuba Center native plant garden and research facility in Delaware, tested 40 different selections of Monarda over a three-year period, including plants from seven Eastern U.S. native species, and he shared results of which fare best on both scores in the hopes that more of us will make room and make more pollinators happy in the process. (Like ‘Purple Rooster,’ above, a top pick.)

Read along as you listen to the June 26, 2017 edition of my public-radio show and podcast using the player below (or at this link).

Q. We’ve talked before on the show about your past trials of other native plants like Baptisia and Heuchera—and native plants are the mission of Mt. Cuba, which is both a garden for visiting and a research center, right?

A. Mt. Cuba Center is actually a former du Pont family estate, the Copeland family estate, and they left their estate to become a public garden. What kind of sets us apart from others in the area is that we focus on native plants. We broadly define our nativity region as the Eastern United States.

We do a lot of work promoting plants in a display capacity in the gardens itself, and then we also do research like what I do, trying to help gardeners pick better plants and kind of evaluate the options that are out there.

Q. Every time I get another of your research reports—and they are also online—they’re almost like a chapter of a book on the particular genus. Really wonderful. Let’s start with a little history of Monarda, and its transition from wild native into a garden plant. It has a long history.

A. It does. They can put a date back to when the genus was first named, and it was named after a guy, Nicolas Monardes, back in 1571. So it’s been around a long time; people have known about this plant.

Historically it was kind of used as a flavoring—an herb almost. They used it as a tea substitute during Colonial times when the real expensive tea was hard to obtain. Indians used to use it for the same reason, and actually some of the common names, like wild bergamot, reflect that it has a kind of bergamot flavor—which is what makes Earl Grey tea have that flavor. It’s not the same plant, but it’s kind of a close second. That’s where its common name came from.

It’s been around a long time, but it’s maybe only the past 50 years that it has been used as a true garden plant.

Q. Initially most of the breeding just involved two species, and mostly was happening in Europe, wasn’t it?

They’re both found in different kinds of habitats here in the Eastern United States, but being a native wildflower it wasn’t really appreciated by many people here. However, over in Europe, the grass is always greener, so they kind of took a liking to our plants, and started the development of the first round of cultivars over there.

Since then, I think people over here have made an effort to really appreciate them. particularly for their pollinator attraction, but actually interestingly enough, the Canadian government got into a breeding frenzy with them in the late 80s or early 90s, looking for more cold-tolerant cultivars and more disease resistance as well.

Q. Right, because when they were breeding them in Europe, they weren’t in “our environment,” with hot, humid summers or whatever—not the same conditions. So they wouldn’t have been selecting for things like getting powdery mildew in our summers.

Q. Right. So when the Canadian government got involved, that started to be a little more consciousness as you said about cold tolerance.

A. Yes, we got better cultivars for our area I think out of that program. It gave us some good starting cultivars for us to get going with more locally.

Q. So we talked a little about its provenance, but botanically speaking it’s a Mint family member, which you can kind of tell by looking at it but if you touch the stems—the square stems—you can definitely tell. What else? It has such an interesting flower structure, doesn’t it?

A. The flower structure is strange because whet you see is actually a collection of flowers. Each little thing that you might call a petal is actually a flower in itself. So it’s kind of this conglomerate of flowers that emerge from the top of the stem.

They are different colors depending on the hybrid or the species that’s involved. I mentioned the species are red and lavender, and they have pink and magenta and all the colors in between.

So they can be quite bright, but a lot of times you’ll also get color on the leaves that sits right below the flower—they call that the bracht. That can kind of be a colorful attribute as well.

Q. To me sometimes some of these Mint family things, and Monarda being one, they kind of look like spaceships. That’s a really distorted view—but I have a lot of mental-health problems.

Q. But they’re sitting on this bracht, like the little landing pad, but then if you are looking straight down at the flowerhead it would look like the center, like if it were a daisy—the calyx, like a knob in the middle—and then it has this crazy stuff coming out of the center, and as you say each of those little tubes attached to the calyx is complete flower in itself.

Q. They’re pretty wonderful, and again: there are several sources of color, not just each individual little flower. The calyx and the bracht can each add color to it.

A. That was one of my interesting lessons that I learned. The colored calyx—a lot of times those can be a darker color, which I thought was pretty attractive, especially for a few weeks after the flowers had finished blooming.

A. It kind of extends the interest.

Q. I agree, and that’s why I wanted to mention it because you evaluated them and would have noticed that.

The first Monarda I grew when I was a young gardener, like many gardeners of a certain era, was ‘Cambridge Scarlet.’ I see it’s in the report. I looked back to check, and in my first garden book that I wrote in like 1989, I grouped it in what I call the “confidence booster” plants for new gardeners [laughter]–the ones that make you feel like you have a green thumb. Because, whoa, it’s everywhere. You get this little plant, and then you’ve got this big plant.

I love the chart in the report you compiled of how wide each variety was after the three-year trial (among other factors).

So ‘Cambridge Scarlet’ used to be one of the only ones out there, but now there are a lot, yes?

A. We were able to find 40 that were readily available in our area. But it was interesting, when we were doing the width measurements, there came a time—I think the second year—when we had to cut them back and then just add on the subsequent growth to the final measurement.

Q. [Laughter.] So everything you had lopped off, you had kept records of, and you said, “Let’s see, we’re at 42 inches but we had 16 inches we already took off.”

A. Exactly. That’s exactly what we did; they were growing into each other, so we had no choice.

Q. Oh, let me tell you how many years it took me to tell ‘Cambridge Scarlet’ to go away. [Laughter.]

A. We’re still pulling a few out of the garden.

Q. I bet you are. So the mildew thing: some years that’s bad, and some years not so bad. I assume it’s not just weather and cultural tips, but that the right variety can help also. That was the other thing you were really looking at them for?

A. That was really the main reason we wanted to trial this plant, because it’s a big complaint gardeners have; there are a lot of issues. There was no data for the mid-Atlantic region how these plants react to powdery mildew, so it certainly was the impetus for the trial.