Bees Are Good Indicators That It’s Getting Way Too Hot 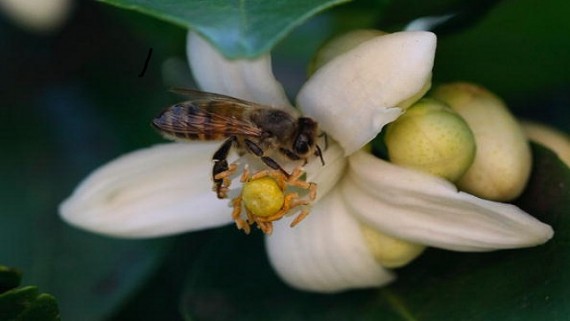 In 1988 the temperature in Wake County, NC hit a record high of 105ºF. Combined with a sultry humidity, the countryside was most uncomfortable.

It wasn’t easy on bees either.

In a city like Raleigh, which is a heat island, that summer day was even hotter than in the surrounding forests. Add a few degrees when the radiant heat bounces off the tall walls and concrete sidewalks and the day became unbearable.

The heat islands of North Carolina’s Wake County can be hard on people in the summer but they can also be hard on other organisms too. With global temperatures on the rise, could certain animals be warning signs of ecological danger?

It turns out that certain species of bees may be indicators for dangerous temperatures.

A team of researchers from North Carolina State University has just published a novel study in Biology Letter of how well some common bees endure heat. Cleverly, they combined laboratory studies and field studies to figure out the thermal limits…