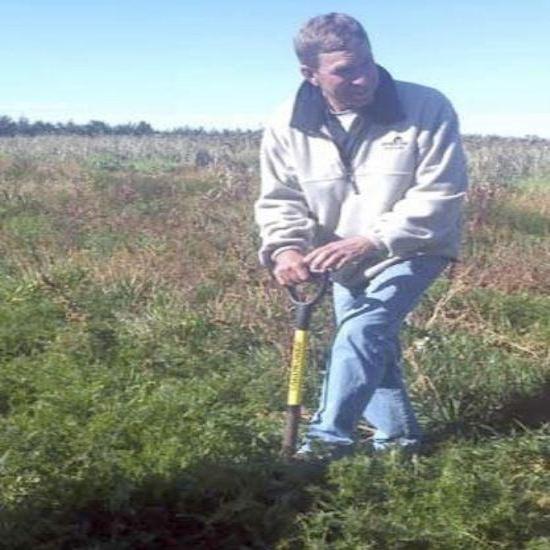 I recently attended a workshop funded by the Kansas Department of Health and Environment which caused a jump shift for me. It was held just south of Lawrence, Kansas, and hosted by the Douglas County Conservation District. The title-”Unlock the Secrets in the Soil” might have tipped me off, but I’ve been to lots of conferences with catchy titles and underwhelming information. This one was very different.

From the start the presenters and content were cutting edge and imprecise. Imprecise is the right word here

because unlike a lot of farm workshops the information was not given in formulas. Our main presenter, farmer Gail Fuller of Emporia, gave us reasons why no-till, cover crops, and mob grazing were working for him.

He was making a case for biological or even ecological farming, but he didn’t and couldn’t tell the 150 farmers assembled how to do it on their farms. He simply told his story of evolution from growing commodity grains for a feedlot to growing nutritious food products and adding value to them.

As a baseline Fuller quoted the NRCS’s Ray Archuleta’s Four Keys to Healthy Soil, 1. Minimize disturbance 2. Maximize diversity 3. Maintain growing roots all year 4. Keep the soil covered. No-till farming and cover cropping green crops flow naturally as production techniques from the 4 rules. Fuller gave us lots of details about his short and bumpy five year road from one cover crop per year to green plants growing before, during and after every crop he grows. As an educator on the benefits of compost, I was thrilled to hear the…