Can Angela Merkel hold the Paris Agreement together? The pope hopes so. 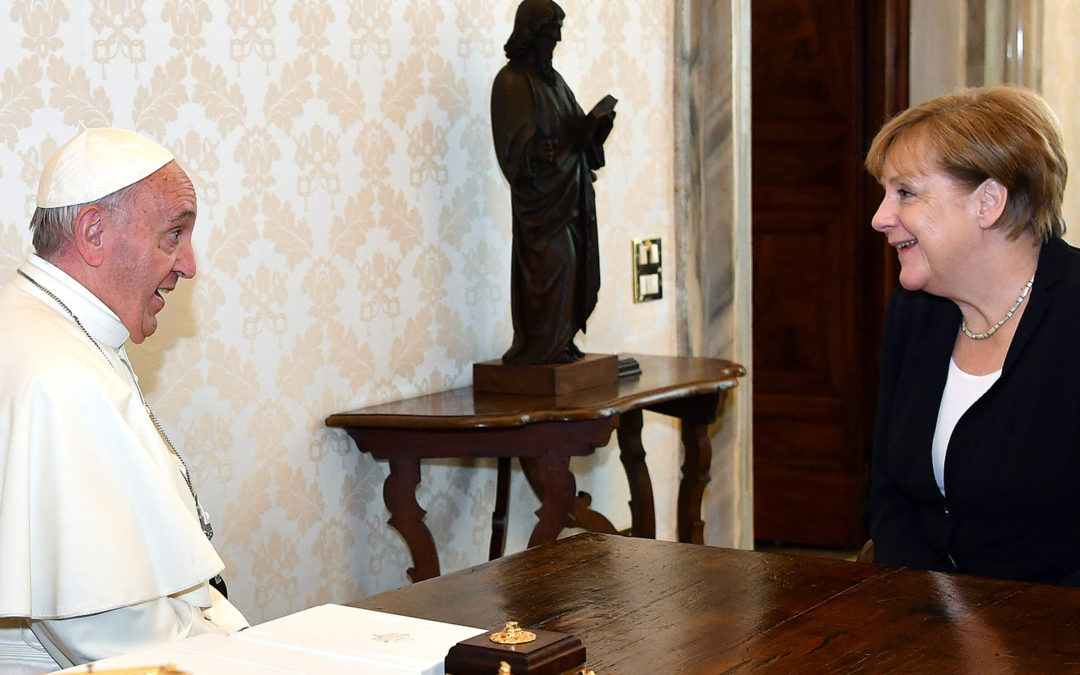 During a May visit, Pope Francis slyly slipped President Trump his climate encyclical, Laudato Si, prompting speculation about just what the gesture meant. But when Francis met with German Chancellor Angela Merkel on Saturday, he gave her a copy with more explicit instructions: Keep building international climate cooperation.

Merkel said their conversation focused on efforts to “bring down walls” around the globe — a mission contrary to Trump’s promise to build a “great, great wall” along the U.S.-Mexico border.

After President Trump announced in early June that the U.S. would exit…