Can Paris Exit Make 2020 Elections A Referendum On Climate Change? 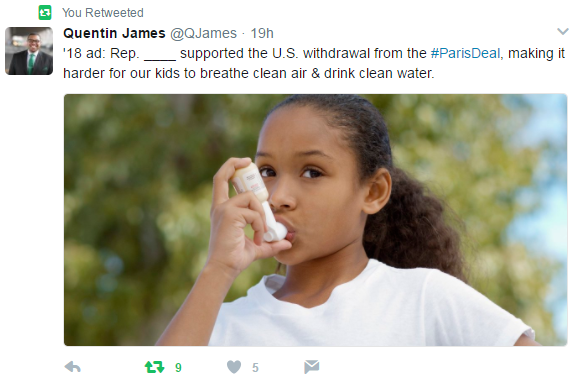 Every crisis must be an opportunity, this one perhaps more than any.

But before we attempt to move on, let’s take a collective moment to absorb what just happened. Perhaps overnight, the United States — as responsible as any other nation for the success of the Paris agreement — announced a violent withdrawal. Climate hawks the world over reacted with wrath and fury at a symbolic action that will leave a path of destruction in its wake that will reverberate throughout generations.

Take a moment to dwell on that anger. It’s important fuel that must now be productively channeled. Because the future of the planet depends on our next move. A move that may just turn this moment of despair into one of abundant opportunity.

First let’s zoom back to another parallel universe before Paris Exit and the debates of the 2012 U.S. presidential elections. Back in those halcyon days, despite a President Barack Obama, who was on track to make climate a signature legacy issue for the first time in a generation, climate change was not the subject of a single question in the debates. Fast forward to 2016, and a grand total of five minutes was spent on perhaps the most important topic facing humanity. The reality was climate change was not only politically toxic, it simply had no salience whatsoever with the broader public.

That of course was enabled by a toxic climate denialist campaign centered in the extremist wing of the Republican Party. The fringe of the party made it nearly impossible for any sane Republican candidate to even mention climate change, let alone vow to do anything about it. It also had the paralyzing effect of scaring off Democrats hoping to lure mythical independent creatures into their political fold. Coming out of the 2016 election with the surprise victory of a climate change denier in Donald Trump climate change in U.S. political discourse hit perhaps an all-time low.

But political pendulums swing. Climate change will be no different and perhaps we…