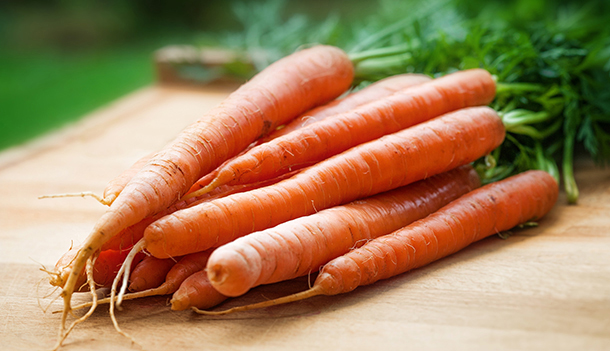 What a disappointment to begin pulling carrots out of the soil only to discover that a mining operation has been underway and the long orange tubers are now tunnelled beyond hope. Sure, if the damage is not too bad you can cut the bad areas out without losing too much, but it may put your appetite off altogether if you actually uncover the culprit still at work. Even worse is to miss it when washing your veg and find them floating in the pot as you prepare your meal. Ick!

The insect that uses this modus operandi is as common as the carrots you grow. The carrot rust fly is abundant in North America and is often the most limiting factor for gardeners and farmers who grow carrots as a crop.

A small, seemingly innocuous fly, the carrot Rust Fly or Psila rosa, was unintentionally introduced to Canada from Europe in the late 1800’s. With an ideal climate, the pest quickly took off. One hundred and fifty years later, it’s widely distributed throughout the north-eastern states and the Pacific Northwest. Preferring cooler, moister climates, the fly is not found in the drier, more arid regions of central Canada or the U.S.

The adult fly emerges from its overwintering stage as a pupa in late May. The female immediately finds a mate and begins depositing small clusters of eggs around the crown of the carrot or other host plants. Carrot rust flies have a keen sense of smell and can source out carrot seedlings when they have only two leaves. Under ideal conditions, these eggs hatch in 6-10 days at temperatures between 60-70 degrees F (15-20 degrees C). This makes coastal areas particularly susceptible. The emerging larva then burrow and begin feeding on the tiny rootlets, and then into the main tuber as they near maturity.

This stage usually lasts 4-6 weeks in the summer. The carrot rust fly can produce three generations per season: the first adults appearing late May, the second generation adults emerging in late July, and if conditions are favourable, a third generation of adults will emerge in late September to lay overwintering offspring.

The Key to Control

The details of the lifecycle are the essential piece of information gardeners need to know when it comes to monitoring and managing carrot rust fly. By timing your plantings in accordance with their emergence you can diminish the first generation significantly. This in turn will make the second generation less than it would have been. For example, a carrot crop planted in the month of May will host the first generation of female rust fly….