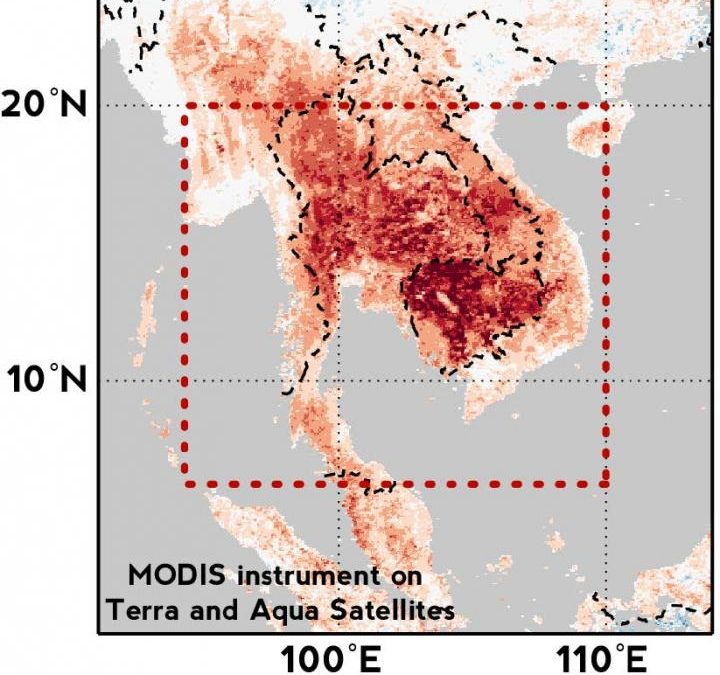 From the UNIVERSITY OF TEXAS AT AUSTIN and the “what if it’s only El Niño, then what?” department:

Scientists at The University of Texas Institute for Geophysics (UTIG) have found that a devastating combination of global warming and El Niño is responsible for causing extreme temperatures in April 2016 in Southeast Asia.

The research, published on June 6 in the journal Nature Communications, shows that El Niño triggered the heat, causing about half of the warming, while global warming caused one-third and raised the heat into record-breaking territories, according to the team’s analysis. El Niño is a climate pattern that impacts the tropical Pacific, and usually brings warmer temperatures to Southeast Asia in April.

In April 2016, high temperatures in mainland Southeast Asia broke all previous records, exacerbating energy consumption, disrupting crop production and causing severe human discomfort in Cambodia, Thailand and other countries in the region. The especially high temperatures of 2016 made the researchers interested in investigating the factors behind such extreme heat, including the impact of the record-breaking El Niño of 2015 and whether ongoing global warming played a significant role in the event.

The researchers used computer model simulations designed to disentangle the natural and human-made causes of the extreme heat. They also used observations from land and ocean monitoring systems and found that long-term warming has played an increasing role in rising April temperatures in Southeast Asia. Since 1980, this trend has caused a new temperature record each April following an El Niño.

The researchers used statistical techniques to quantify the contributions from El Niño and from long-term warming. Their analysis looked at the 15 hottest April temperatures over the past 80 years. All of them occurred after 1980,…