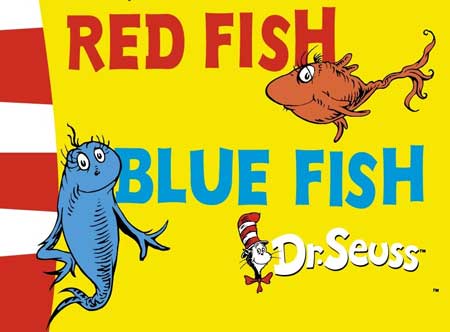 “Multiple scientific assessments have concluded that man-made climate change is real and poses risks to human health and the environment. Even so, Scott Pruitt, the Environmental Protection Agency administrator, told Breitbart News on Monday that he would like to essentially re-litigate the science of climate change.

“What the American people deserve, I think, is a true, legitimate, peer-reviewed, objective, transparent discussion about CO2,” Pruitt said.

Pruitt voiced support for a “red team-blue team” exercise to foster such a discussion. The red-blue team concept gained prominence in a Wall Street Journal commentary by Steven Koonin, a professor at New York University.

Koonin argued that such an exercise would subject the scientific consensus on climate change to a rigorous test. The red team would challenge consensus findings from scientific assessments, and the blue team would have the opportunity to respond.

“The outcome of a Red/Blue exercise for climate science is not preordained, which makes such a process all the more valuable,” Koonin wrote. “It could reveal the current consensus as weaker than claimed. Alternatively, the consensus could emerge strengthened if Red Team criticisms were countered effectively.””

Why is this report almost entirely wrong?

The Washington Post’s Jason Samenow is an experienced journalist. He certainly is experienced in climate science communication. According to his Wiki entry “Samenow worked as a climate change analyst at the U.S. Environmental Protection Agency’s Climate Change Division from 2000 to September 2010. Samenow launched and oversaw the EPA’s public website on climate change. … In early 2004, Samenow established CapitalWeather.com, the Internet’s first professional weather blog.” (apparently, while an employee of the Federal EPA.)

However, like other federal employees that have turned to the internet to express their views on climate science, Samenow is not a disinterested, unbiased reporter of the facts. So, instead of journalism, we get advocacy and commentary where we should see news.

What Does Samenow Get Wrong?

Nearly everything. Scott Pruitt, the Environmental Protection Agency administrator, did speak to Breitbart News on Monday but he did not say “that he would like to essentially re-litigate the science of climate change.” Climate Science is not subject to “litigation” — not then, not now, not in the future — so it certainly cannot be “re-litigated” even if Pruitt desired that.

Of course, that is not what Scott Pruitt said. What he did say is “What the American people deserve, I think, is a true, legitimate, peer-reviewed, objective, transparent discussion about CO2,” Pruitt voiced support for a “red team-blue team” exercise to foster such a discussion. He refers to Koonin’s Wall Street Journal editorial in which Koonin argued that such an exercise would subject the scientific consensus on climate change to a rigorous test. [see Judith Curry’s “A ‘Red Team’ Exercise Would Strengthen Climate Science”].

Samenow repeats and doubles down on his original error with “In an interview with Breitbart’s Joel Pollak, Pruitt proposed setting up opposing teams to debate key climate science issues.” The last thing Pruitt, or any sensible person for that matter, wants is to have opposing teams debate climate science.

The Washington Post author apparently has no idea what a Red Team Blue Team exercise would be for a scientific question. Maybe he has confused with it Dr. Suess’s Red Fish Blue Fish. Maybe Samenow should have looked it up in the Wiki. [If you don’t already realize why I say Samenow is clueless, you should read the Wiki, read Dr. Curry’s essay linked above and do a Google on Red Teams.] Samenow refers to the approach as re-litigation and debate. It is neither.

”Samenow writes: “Historically, red teams have been called upon in military exercises as a way to introduce alternative ideas and, ultimately, strengthen organizational…