Climate Study: The Lobsters are Safe – For Now 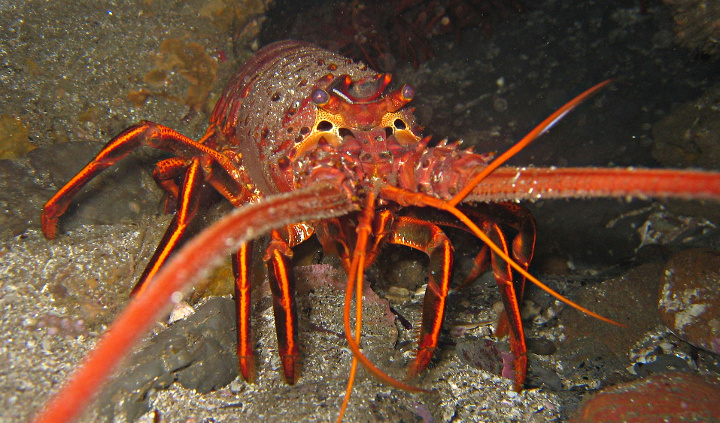 Attendees of UN IPCC climate parties conferences will be reassured to know that delicious Rock Lobsters are showing surprising resilience to the impact of climate change. But ongoing studies are required.

The southern rock lobster is showing resistance to the effects of climate change, Tasmanian researchers have found, but warn that does not mean the species is immune to future environmental perils.

The study, which reported on findings taken over a 25-year period, investigated the environmental aspects that influence the species’ settlement across a range of Australian locations, and found the fishery as a whole is showing broad resilience to changing ocean currents, water temperatures, swell and wind patterns.

The research compared monthly records of the number of juvenile lobsters surviving in the open ocean and returning to shore.

The abstract of the study;

Temporal and spatial trends in settlement of the southern rock lobster, Jasus edwardsii, were examined to identify the influence of environmental variables over different spatial scales. Settlement data were collected from 1994 to 2011 along the Southern Australian and New Zealand coasts. We identified common settlement trends at a regional scale (100–500 km): the magnitude of settlement at sites from South Australia (SA) and Victoria (VIC) were similar, but different to sites in Tasmania (TAS). In New Zealand, three spatial regions were identified: northern (NNZ), middle (MNZ) and southern regions (SNZ). Higher settlement in SA, VIC and MNZ occurred in years with higher rainfall and storms in spring and El Niño conditions. In TAS and SNZ, higher settlement occurred during La Niña conditions. These results suggest that settlement over regional scales is modulated by oceanic processes, but outcomes vary between regions. At a local scale, a higher wave period and wind relaxation were relatively more important than the sea surface temperature (SST) in SA and VIC. In TAS, the current velocity also influenced the strength of settlement. However, much of the local settlement variability was not explained by the models suggesting that settlement in J. edwardsii is a complex process…