Community Garden is coming up Melrose(s) 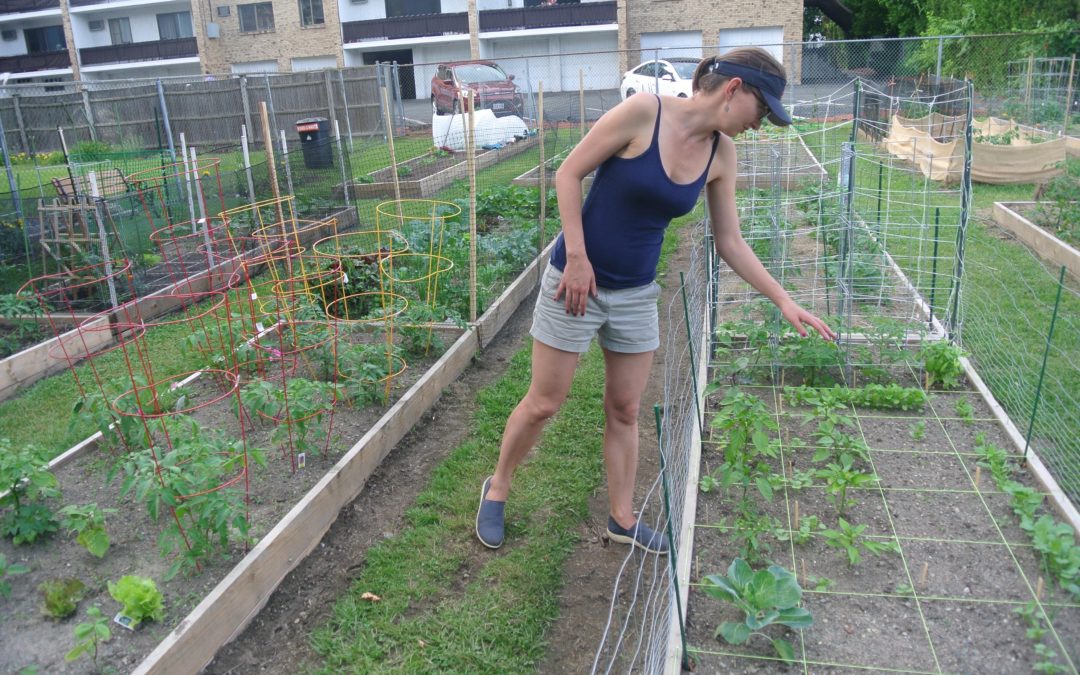 An effort years in the making came to fruition just in time for summer this year, with the grand opening of the Melrose Community Garden on Saturday, June 17. The garden’s 19 beds already feature young flowers, herbs, and a bevy of vegetables, and the excitement doesn’t stop at those lucky enough to get places in the first season.

“The wait list is like 57, it’s a lot of people,” said Gosia Symons, the Melrose resident who spearheaded efforts to create the garden. “It’s wonderful. Definitely more of a demand than I expected. I knew people were interested, I just didn’t know how much.”

Symons already had a plot at the garden at the Winthrop School, but it came with restrictions on when people could work in it, and she saw the opportunity to start an unrestricted garden. She began rallying support among the community, and in the meantime tackled a more attainable effort, starting a seed library at the Melrose Public Library.

“We divide packets of seeds into smaller packets,” Symons said of the seed library, which is still available for local gardeners. “We put instructions on how to plant, and also how to take the seeds from it after it’s harvested.” Those seeds can be returned, replenishing the library for future users.

The garden was a more complicated and expensive proposition, but Symons soon found support throughout the city, including local government and business leaders.

“I always had it in the back of my mind that it was something there was a need for,” said Mary Beth McAteer-Margolis, who as both an alderman and a member of the Melrose Rotary Club was strategically placed to get the ball rolling. She lined up a matching grant from district rotary, and raised $3,000 from the local branch.

“Once I knew I was getting the grant, I went to the mayor’s office and talked to the mayor about it and the people at City Hall,” said McAteer-Margolis. With $6,000 already in the bank, the garden was a much easier pill for the city to swallow, and room was eventually found in the budget to contribute another several thousand.

“I was really very pleasantly surprised,” McAteer-Margolis said of the process, which, though it took some time, went fairly smoothly. A surprise $1,000 donation from the nearby supermarket pushed the effort still further, she added.

“I was delighted with the Whole Foods donation, because we had to buy a whole storage locker, which was expensive,” she said. Equipment donated by Whittemore Hardware on Main Street helped fill that locker with communal gardening tools.

With funding in place, organizers still had to find a suitable location. Alderman Michael Zwirko suggested the spot that eventually became the garden’s home. “I was on Albion Street, and I heard a bunch of kids playing soccer, and I looked between a couple houses and I saw Franklin Field, and there seemed to be an area where there were no nets and no kids playing,”…