Conservatory of Flowers Reveals Their Smelliest Attraction to Date: The Corpse Flower 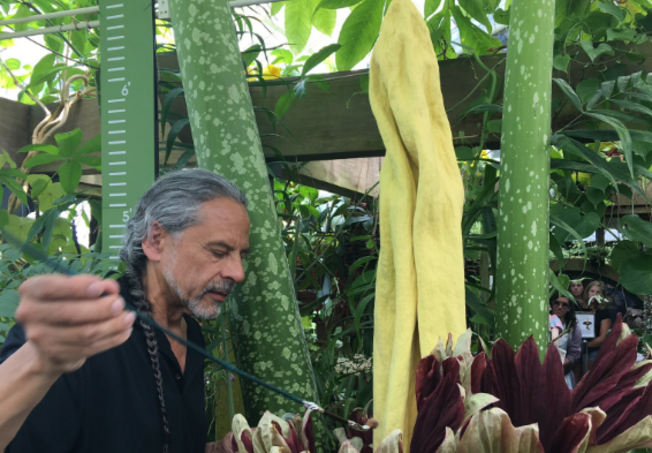 San Francisco’s Conservatory of Flowers is celebrating the blooming of their most morbid inhabitant: the Corpse Flower. The plant, also known as Terra the Titan, earned its name from the aroma it omits once flowered. NPR described the stench as a cocktail of “fish, unwashed feet and rotting cabbage.”

The unique scent that Terra the Titan exudes is produced in order to attract insects, said NPR. The perfume of death appeals to a diverse array of insects. This guarantees the plant’s survival, allowing for maximum pollination.

While the flower has been a resident at this San Francisco greenhouse for three years, it is expected that the plant will draw great crowds. KQED reported that 16,000 visitors swept through the conservatory just to experience a Corpse Flower first hand during its four-day bloom in 2005.

The plant first reached the conservatory after San Francisco native Sidney Price relinquished his ownership. According to…