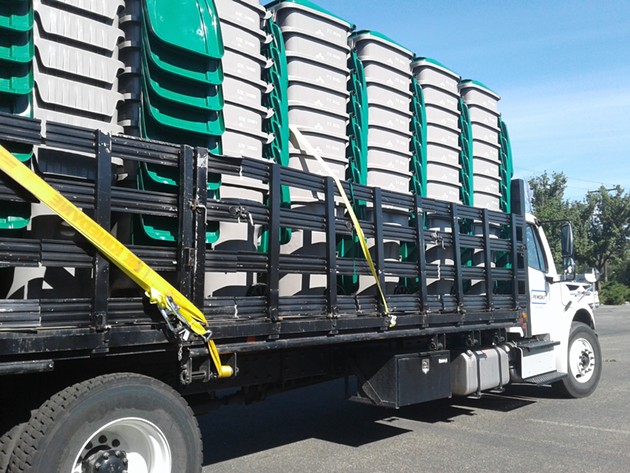 An unused economy parking lot near the Boise Airport was packed Monday morning—but not with cars. Instead, the lot was filled with more than 70,000 white trash bins with green lids for a new curbside compost program in Boise, which has been more than a year in the making. The compost bins, which look similar to trash and recycling bins, will start showing up in neighborhoods across the city over the next six weeks.

“People had the opportunity to opt out, but the vast majority stayed with it,” said Colin Hickman, spokesman for the Boise Public Works Department.

City officials said educating the public will be key to understanding what should and shouldn’t be placed into the compost bins,…