Daily Telegraph: There is No Such Thing as Affordable Renewable Energy 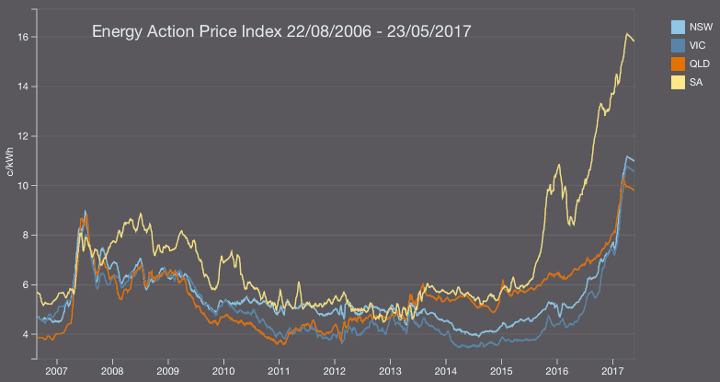 Awareness is slowly permeating through the media that renewables inevitably lead to higher electricity prices – and that the Australian energy grid is in deep trouble. But this awareness is too little, too late, to save what is left of what was once one of the cheapest electricity grids in the world.

The biggest deniers in the whole climate change debate are those who think we can have affordable power, lower emissions and a reliable network.

And after they almost sleepwalked their way to defeat at the last election, it would appear Coalition MPs have found their voices again on the issue that has defined Australian political debate over the past 15 years or more.

There’s no doubt that any policy that lowers Australia’s CO2 emissions will increase the cost of power and any move away from baseload capacity will make our network more unreliable.

Forget the movie, this is the real “inconvenient truth” that climate change zealots have never wanted to acknowledge. For too long, the views of the Zeitgeist have dominated debate and anyone daring to question any aspect of climate change was branded a sceptic. Scientific fact or not, any issue that’s galvanised the Left to the point of hysteria makes me sceptical that it’s more about the politics than anything else.

Right now, China’s emissions are 20 times those of Australia and even if they meet their Paris Agreement commitments, by 2030, China’s emissions will be 50-60 times ours. Seriously? We sell off industry and jobs in a mistaken belief the world that is acting with similar intent but it is clear they’re not, and won’t. Again, remember my refugee example and you get what I mean.

So what about Finkel?

It’s claimed that the Chief Scientist’s report to COAG aims to address the “trilemma” of achieving lower prices, greater security and a 28 per cent reduction in emissions by 2030. Wrong. The report is about meeting the emissions reduction aspiration (which it converts into a commitment) at the lowest cost without major interruptions to supply. It’s not about affordable, reliable power; it’s about climate change.

So what about Finkel? The Finkel Report is a government paper released a few days ago in Australia, which attempts to chart a roadmap for transition of Australia to renewable energy.

3.2 Agree to implement an orderly…