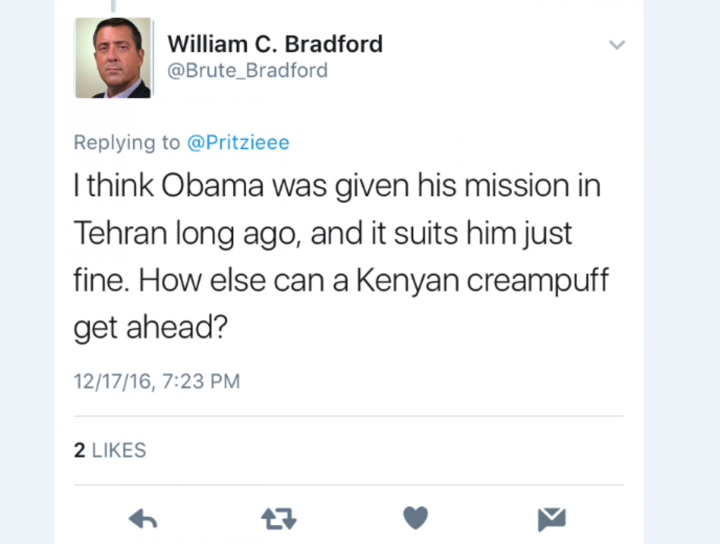 Bradford, whom President Donald Trump recently appointed to lead the department’s Office of Indian Energy Policy and Programs, was forced to issue an apology after The Washington Post revealed his disparaging remarks about women and various ethnic and religious groups on Thursday.

His tweets, written last year, attacked high-profile figures on the basis of their ethnic and religious heritage and defended the wartime incarceration of Japanese-Americans, among other things.

In a December 2016 tweet, Bradford referred to former President Barack Obama as a “Kenyan creampuff.” In another tweet, he dubiously claimed Obama might refuse to leave The White House at the end of his presidential term and suggested a “military coup” could be necessary to remove him.

In February 2016, responding to an article that claimed Facebook co-founder Mark Zuckerberg had urged Iowans not to vote for Trump, Bradford called the tech leader an “arrogant self-hating Jew.”

A few weeks later, Bradford said it was “necessary” to incarcerate nearly 120,000 people of Japanese descent in the U.S. during World War II.