Drones Are Bugging Seals Pupping On A California Sanctuary Beach 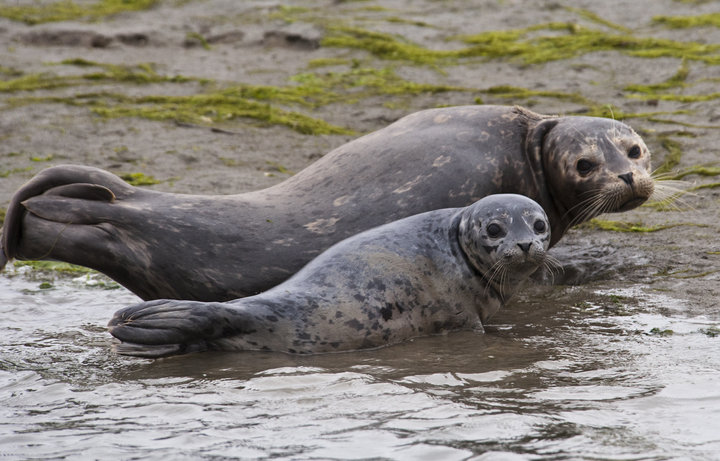 Officials are cracking down on the buzzing machines at the Monterey Bay National Marine Sanctuary on California’s Central Coast. Close to 100 harbor seals typically gather annually to give birth at Hopkins Beach in Pacific Grove in the sanctuary. Mothers stay as long as June nursing their young. The Hopkins Beach rookery is currently fenced off to protect the pregnant and nursing seals and pups, but people have been getting around the fences and drones fly over them, reported KSBW-TV in Monterey.

The Marine Mammal Center in Marin County, which rescues starving and abandoned seal pups, has received several complaints about drones bothering the seals. Not only do the drones upset the seals’ sleep cycles, they can also frighten a mother so seriously that she may abandon her pup.

“A buzzing drone is a completely foreign sound for seals resting on the beach,” Laura Chapman, the center’s northern range operations manager, said in a statement to The Huffington…