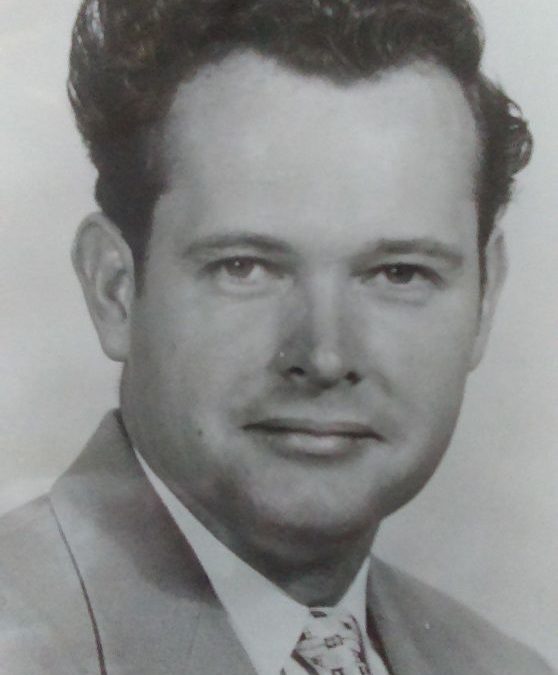 By the time he was 17 my father was on his own. The foster parents he had been living with on a farm outside North Wilkesboro had issued an ultimatum: Quit school when you turn 16 and work on the farm full time.

I may quit school, he told them, but I won’t be working on the farm.

His was a spirit born of necessity. His mother had died as the result of a flash fire before his first birthday. He bore the scars on his legs into adulthood, physical reminders of a fire that he had no memory of, despite his mother’s last, desperate act of tossing her infant son onto a nearby bed to save his life.

By the time he was 11, his father had perished in a Christmas Day fire at a boarding house in North Wilkesboro.

An uncle, his father’s younger brother, took him in for a while before being called to duty during World War II. My father told of a conversation he overheard between that uncle and his wife. He can’t stay here, she said.

I heard my father tell these stories a few times over the years, before he died at age 82 in 2013. He didn’t dwell on what he had been dealt. That wasn’t his style. He was not a worrier, at least not openly, and in no way, shape or form was he a complainer. There was no animosity, no ill will cast toward those who had so willingly disregarded the personal welfare of a youngster.

In a lot of ways, though, those tribulations marked my father. How could they not? He had a heart of gold but if he didn’t like you he didn’t try to mask his dislike. He also had strong opinions on a lot of things, opinions he sometimes shared with vigor.

As a teenager, he eventually made his way from North Wilkesboro to Pilot Rock, Oregon, where he met my mother. They had grown…