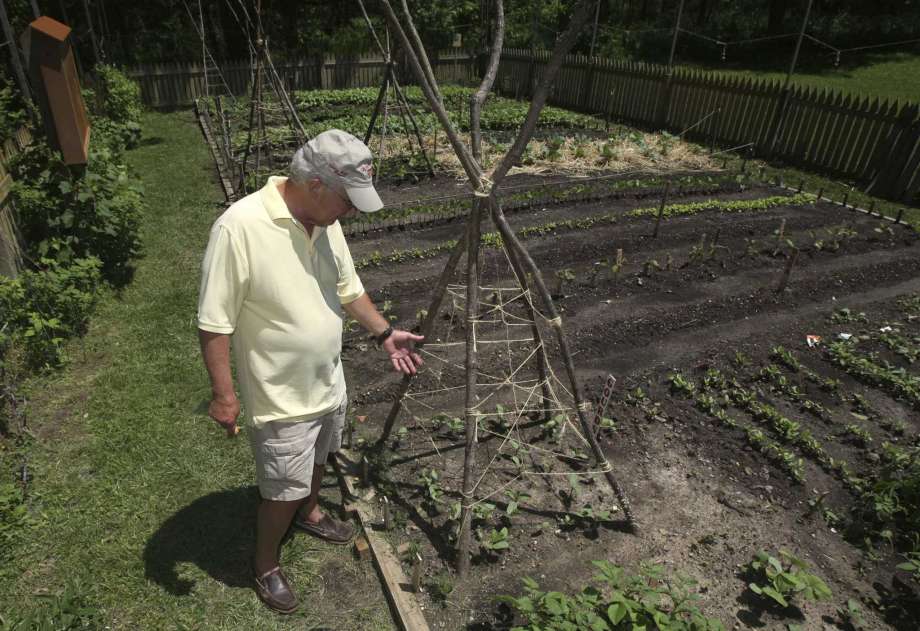 DECATUR, Ill. (AP) — Nestled behind a small, primitive house on the city’s southwest side sits a lavish garden designed to feed those in need.

The Heritage Garden is part of the Homestead Prairie Farm located at Rock Springs Conservation Area. The garden and the adjacent house are reminiscent of life in the 1860s. Although the house has not been lived in for decades, the garden is fully functioning.

Anthony and other master gardeners tend to the 53-by-22-foot plot of land from late April until early November. They alternate the vegetables throughout the season to utilize the space.

For example, the gardeners plant summer produce such as tomatoes and peppers, after radishes have been harvested.

“Because that is a cold-weather crop,” said master gardener Doug Antonelli. “You can put them in before the last frost. It loves the frost.”

According to Antonelli, this process maximizes the amount of produce, as well as maintains the display from April to November. The food grown ranges from cucumbers to kohlrabi to carrots and kale. Volunteer gardeners have only one rule: They can use only the resources available in the 1860s. The fruits and vegetables were common to the area more than 150 years ago. Tools and equipment are reminiscent to the times….