First Food For Babies: Get the White Out! 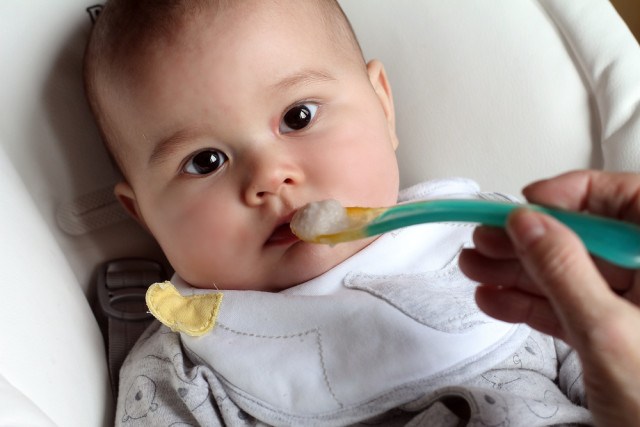 Have you always heard of rice cereal being recommended as the first food for babies? Well, it’s time to mix it up!

Great interview with Dr. Greene from The Green Divas Radio Show archives. He talked about his White Out campaign, which has been working to help dispel the concept of introducing rice cereal (basically sugar!) to our babies as their first food. It’s still relevant…

Listen to Dr. Greene (around minute 44:00, but of course we hope you’ll listen to the entire episode!) then read on for more about baby’s first food…

Rice cereal is commonly given to infants as their first food.

Unfortunately this is still suggested by many well meaning individuals, even though there is an overwhelming amount of evidence that rice cereal should never been consumed and particularly should not be a first food. Your own pediatrician may even suggest starting baby on rice cereal somewhere around four to six months.

What can you do instead, and what does that look like at home?

For my baby, I chose to exclusively breastfeed for the first six months. When we started solids we gave avocado first. It was simple for us, no preparation needed. It was a total mess, but funny and a great time for all.

Parents can make some guacamole with the remainder since baby will only eat a tiny bit! Our daughter was slow to start with solids, and we fed a small amount once or twice a day, as she was interested. Food during this time is a complement to breastmilk or formula, and helps to expose their palate and develop motor skills.

After a few days, we started giving small amounts of roasted sweet potato or banana. Eggs followed soon after. We primarily gave baby a small amount of what we were eating. This approach keeps it simple for parents, we are all busy enough! I also love the concept of including baby in family mealtimes from the start.

For our family, we choose not to have separate adult and child foods. I have never used baby food in…