Former EPA Employees Are So Worried About Trump’s Plans, They Formed Their Own Alt-EPA 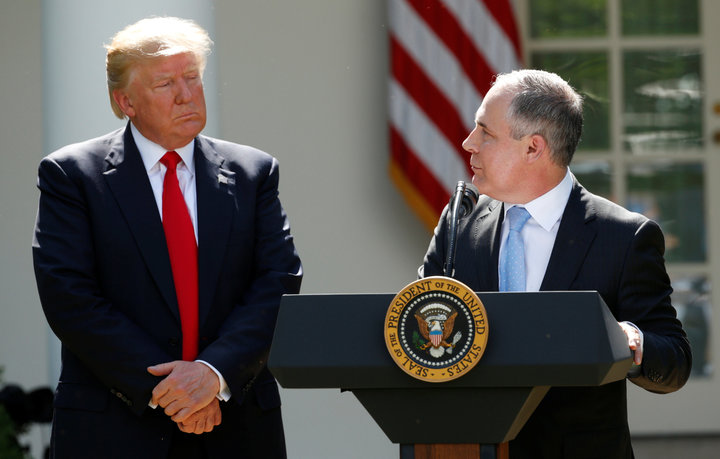 This week, Environmental Protection Agency chief Scott Pruitt is slated to defend drastic cuts to his agency’s budget, including axing 25 percent of its staff and zeroing out climate change programs.

In response, former EPA employees have formed a new bipartisan group called the Environmental Protection Network to help reporters, activists and policymakers penetrate an administration they accuse of waging an “ideologically driven” battle to cripple core functions of the agency.

On Monday, the group hosted a call to brief reporters on what slashing 31 percent of the EPA’s budget would mean for the agency. The scientists, lawyers, economists and engineers in the network submitted detailed comments to the EPA cautioning officials against scrapping regulations just because industry deems them onerous. The organization, which does not yet have a website, also helped reporters phrase Freedom of Information Act requests to make them as specific as possible.

“There are a variety of ways our experience and our unique institutional memory can help the work we can do,” Ruth Greenspan Bell, who worked for the EPA’s general counsel under President Bill Clinton, said on Monday’s call.