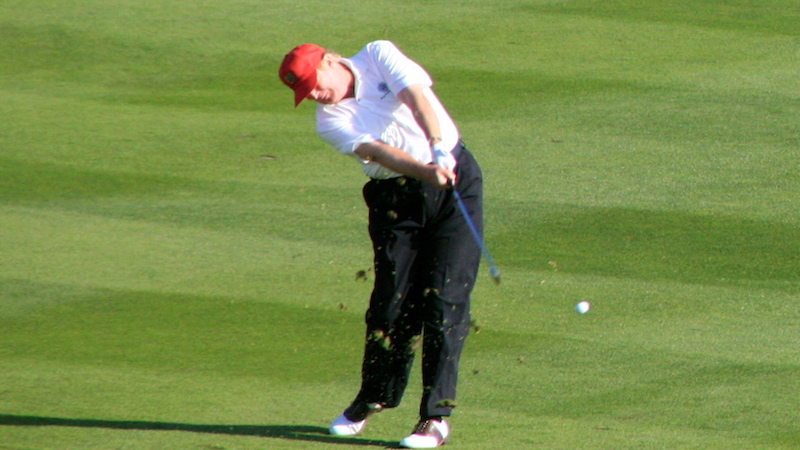 The golf-loving president says he will pull the US from the Paris agreement. The UN’s renewable energy chief explains why that’s dumb in terms he’d understand

In golf, a shank is a particularly awful mishit. And US president Donald Trump hit an astounding one this month when he announced his intention to pull the US out of the Paris climate agreement.

Now, criticism is pelting the president like a hailstorm of golf balls. From world leaders to corporate CEOs, big-city mayors to citizens from all countries and continents, global support for the climate accord was immediate and overwhelming.

Nonetheless, I’m confident the president’s misfire will not keep us mired in a sand trap – the transition to a clean energy economic future is irreversible and I see evidence of it everywhere I travel.

Bear with me as I take the golf analogy a step further by illustrating nine holes in the president’s misguided claims about the harm to the US from the world’s move to cleaner energy. While the president has been hanging in the club house with his coal industry friends, the rest of the world is out on the course embracing fast-growing clean energy opportunities. Consider what has happened in just the past few weeks: