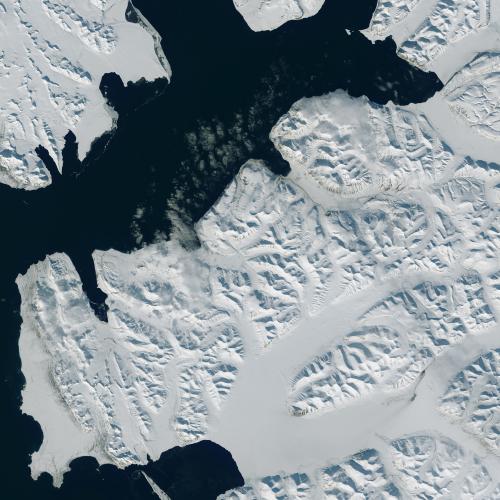 It could have been the edge of the Sahara or even Death Valley, but it was the remains of a large orchard in the hills above the city of Murcia in southern Spain last year. The soil had broken down into fine white, lifeless sand, and a landscape of rock and dying orange and lemon trees stretched into the distance.

A long drought, the second in a few years, had devastated the harvest after city authorities had restricted water supplies and farmers were protesting in the street. It was a foretaste of what may happen if temperatures in the Mediterranean basin continue to rise and desertification grows.

All round the world, farmers, city authorities and scientists have observed changing patterns of rainfall, temperature rises and floods. Fifteen of the 16 hottest years have been recorded since 2000. Carbon dioxide and other greenhouse gas emissions steadily climb. Oceans are warming and glaciers, ice caps and sea ice are melting faster than expected. Meanwhile, heat and rainfall records tumble.

The evidence for the onset of climate change is compelling. But who and where is it hitting the hardest? How fast will it come to Africa, or the US? What will be its impact on tropical cities, forests or farming? On the poor, or the old? When it comes to details, much is uncertain.

Mapping the world’s climate hotspots and identifying where the impacts will be the greatest is increasingly important for governments, advocacy groups and others who need to prioritise resources, set goals and adapt to a warming world.

But lack of data and different priorities make it hard. Should scientists pinpoint the places most likely to see faster than average warming or wetter winters, or should they combine expected physical changes with countries’ vulnerability? Some hot-spot models use population data. Others seek to portray the impacts of a warming world on water resources or megacities. Global bodies want to know how climate might exacerbate natural hazards like floods and droughts. Economists want to know its impacts on resources. Charities want to know how it will affect women or the poorest.

What follows is a subjective appraisal of the seven most important climate hotspots, based on analysis of numerous scientific models and personal experience of observing climate change in a variety of places. Delta regions, semi-arid countries, and glacier- and snowpack-dependent river basins are all in the frontline. But so, too, are tropical coastal regions and some of the world’s greatest forests and cities.

For Wolfgang Cramer, scientific director of the Mediterranean Institute for Biodiversity and Ecology in Aix-en-Provence, France, climate change impacts are already visible not only in the vicinity of Murcia, but across much of the Mediterranean basin. If pledges to cut emissions are not met, catastrophe looms.

He and his colleague Joel Guiot, a paleoclimatologist, last year studied pollen locked in layers of sediment over the past 10,000 years and compared them with projections about climate and vegetation from the Intergovernmental Panel on Climate Change.

If warming is allowed to rise to 2C, the scientists concluded, much of southern Spain and the Mediterranean basin could become desert. Their paper, published in Science, was shocking because it showed that even a small temperature increase could be enough to create ecological havoc in a very heavily populated region with relatively wealthy countries.

They warned that North African countries would see increased temperatures and drought that would drive the southern deserts further north; that deserts would expand in the Middle East, pushing temperate forests higher into the mountains; and that ecosystems not seen in the Mediterranean basin in more than 10,000 years could develop.

“We are more certain of the drying trend in the region than almost anywhere else on the planet. Temperatures have risen 1C globally but 1.4C in the Mediterranean region. The trend is for it to become ever warmer,” says Cramer.

Meanwhile, water stress, heat waves and an extended drought linked to climate change in the eastern Mediterranean has been widely implicated in the long Syrian war and an underlying driver of conflict in Middle East and North African countries.

The World Resources Institute concurred in 2015 that the Mediterranean basin was a climate hotspot when it placed 14 of the world’s 33 most water-stressed countries in 2040 in the Middle East and North Africa region. “Drought and water shortages in Syria likely contributed to the unrest that stoked the country’s 2011 civil war. Dwindling water resources and chronic mismanagement forced 1.5 million people, primarily farmers and herders, to lose their livelihoods and leave their land, move to urban areas, and magnify Syria’s general destabilisation,” it said.

The fast-growing, heavily populated region is climatically vulnerable, it concluded. The food supplies and the social balance of places like Palestine, Israel, Algeria, Lebanon and Jordan are all highly sensitive to even a small change in water supplies. As climate change intensifies, communities face grave threats from both droughts and floods.

The combined impact of many more people, higher temperatures and changing weather patterns on the region’s already scarce freshwater resources poses further potential for conflict. But optimists hope it could force compromise between competing states and water users. Rural areas already have no option but to switch to more efficient irrigation systems and drought tolerant crops, and urban areas are learning to conserve water.

I met Honufa soon after she arrived in Dhaka 10 years ago. Erosion and saltwater intrusion on her family’s land on one of the low-lying islands in the mouth of the Ganges River had forced the young Bangladeshi woman to leave her village for the capital. She had taken a boat and then an overnight bus and ended up in a slum called Beribadh.

Honufa is a climate refugee, one of thousands who have struggled to grow their crops. Millions are likely to follow her if current trends continue.

“In the next 20 years we would expect five to 10 million people to have to move from the coastal areas,” says Saleemul Huq, director of the Bangladesh-based International Centre for Climate Change and Development. “The whole country is a climate hotspot, but the most vulnerable area is the coast. Dhaka is the place where people head to,” he says.

Huq, who has advised the Bangladesh government at successive UN climate summits, says there is strong evidence that climate change is now impacting Dhaka. “Temperatures have already gone up by 1C. We can see that the weather patterns have changed. Ask anyone in the street, and they will say the frequency of floods has changed. Bangladesh has a long history of floods, but what used to be a one-in-20-year event now happens one year in five. It is what we would expect with climate change models.”

Huq and other Bangladeshi climate scientists expect to see more extremes. “Changing rain patterns suggest we will not get more rain over the coming years but it will be distributed differently, with less in the dry season and more during the monsoons. Paradoxically, this will lead to more floods and droughts, and heavier monsoons,” he says.

“We are beginning to see sea levels rising and increased salinity in coastal areas. It is a slow onset, which will get worse. It is a climate change phenomenon and not something we had before.”

Huq leads research into how Bangladesh can adapt to climate change. “We’ve done a lot of research looking at the most vulnerable hotspots. We are learning by doing,” he says. “Government has now invested in a major climate change action plan. To counter coastal salinity there is a big program of rainwater harvesting and coastal protection. Scientists are developing saline-tolerant rice. People and government are proactive.

“The trouble is that we are always catching up with the problem. There is a limit to what we can grow. At some point we will run out of options, then people will have to move. We know that if we don’t take action people will all end up in Dhaka, so [we] need to invest in other towns and cities.”

Late last year, the temperature in southern Malawi in southern Africa rose to more than 46C. A long regional drought crossing Zimbabwe, Zambia, Madagascar and Tanzania had scorched and killed the staple maize crop and millions of people who had not seen rain for more than a year depended on food aid.

Long-term climate data in southern Africa is sparse, but studies backed by oral evidence from villagers confirm the region is a climate hotspot where droughts are becoming more frequent, rains less regular, food supplies less certain, and the dry spells and floods are lasting longer.

With more than 90% of Malawi and the region depending on rain-fed agriculture, it does not need scientists to tell people that the climate is changing. I sat down with villagers near Nsanje in the south of Malawi.

“I know what it is to go hungry,” says Elvas Munthali, a Malawian aid worker. “My family depended on farming. The climate is changing. Now we plant maize at the end of December or even January; we used to do that in November.”

Patrick Kamzitu, a health worker in Nambuma, says: “It is much warmer now. The rains come and we plant but then there is a dry spell. The dry spells and the rains are heavier but shorter.”

One of best studies comes from the Chiwawa district near Nsanje, close to the Mozambique border. Detailed research by the University of Malawi, backed by 50 years of rainfall and temperature data, established that rains, floods, strong winds, high temperatures and droughts were all becoming more common.

The story is more or less repeated across southern Africa and backed by governments and scientific modeling. USAid, the African Development Bank, the World Bank and IPCC assessments suggest average annual temperatures rose nearly 1C between 1960 and 2006.

Looking ahead, scientists expect average annual temperatures across southern Africa to soar, possibly as much as 3C by the 2060s, to 5C by the 2090s – a temperature that would render most human life nearly impossible. But estimates vary greatly. Rainfall, says USAid, could decrease in some places by 13% and increase in others by…