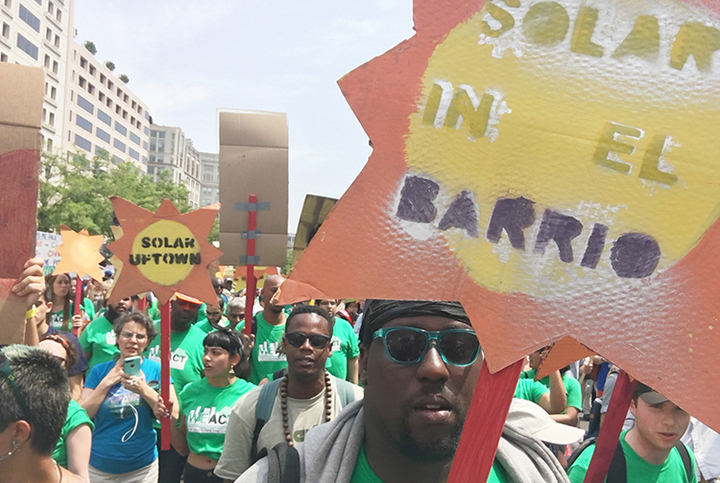 Climate change and pollution affects us all, but some more than others. The poor, the infirm, and the elderly are particularly vulnerable to temperature extremes and violent storms. Low-income communities of color often bear the brunt of our civilization’s legacy of pollution: from the noxious facilities in their neighborhoods to lead in their drinking water. They are on the “frontlines” of these growing environmental challenges.

A key strategy is to help communities already coping with climate change and other environmental burdens lead the way toward a more just, sustainable future. They have the drive, evidence, and moral authority to help steer us in the right direction. Now they just need the resources to do so.

The good news is that charitable giving can help create a cleaner, healthier environment. It has before.

In the years before and after the first Earth Day in 1970, average Americans opened their wallets and the United States saw a surge in charitable giving to new and old environmental organizations. Philanthropy soon followed suit, sparking an unprecedented shift in environmental activism and provoking policy change worldwide. But the scientists, lawyers, and others who launched the modern environmental movement in the 1970s failed to act upon the ideals of the overlapping Civil Rights era.

As a result, the newly minted environmental organizations of the time ushered in a modern environmental movement that was overwhelmingly white and male. This exclusionary dynamic helped set the stage for the emergence in…