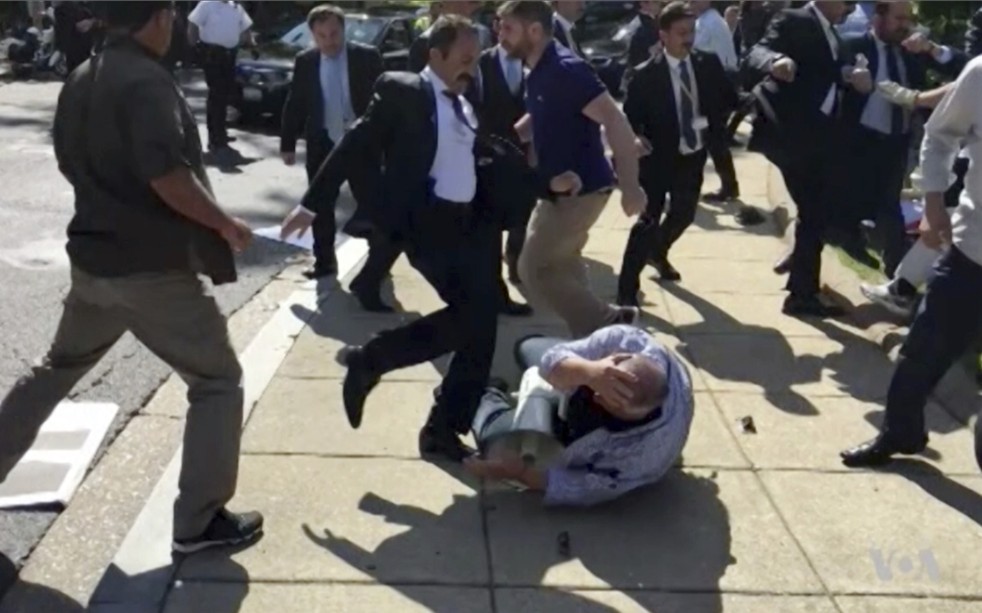 BERLIN — Turkish bodyguards served with criminal charges for allegedly attacking protesters outside the ambassador’s residence in D.C. “won’t set foot on German soil in the foreseeable future, so also during the G-20 summit,” a spokesman for the German Foreign Ministry said Monday.

A German official briefed on security matters, who asked not to be identified because he is not authorized to speak about arrangements with foreign governments, said a few of these guards had been on a list prepared by the Turkish Embassy in Germany of individuals scheduled to attend the summit. After the list was received by the German Foreign Ministry, the official said, German federal police and other security personnel communicated to Turkish security that these individuals were not to attend.

Germany is preparing for mass protests when Hamburg, a northern port city, hosts leaders of the world’s major economies next month. The annual conference is a favored target of demonstrations, and officials have been rehearsing security scenarios for more than half a year, said Wolfgang Schmidt, state councilor at the Hamburg senate chancellery.

“It will be the biggest police activity in the history of Hamburg,” Schmidt said.

Because Germany is home to the largest Turkish population in the world outside Turkey, one flash point for which authorities have been preparing is a possible clash between Turkish nationalists and Kurds, joined by protesters on the left. Tensions are running high after Turkish President Recep Tayyip Erdogan claimed victory in the spring in a…