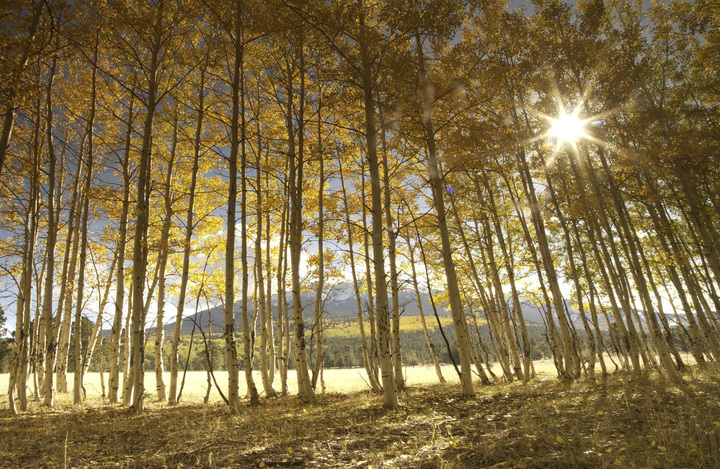 Here at the Aspen Ideas Festival, climate change is a much bigger topic of conversation and focus this year. People want to know what the outlook and game plan should be after President Trump’s decision to drop out of the Paris climate accord. Here is a summary of what I’ve been saying on panels and interviews and podcasts.

1) It’s not true that U.S. citizens are hopelessly divided on climate. We can find common ground (but it takes work).

At TNC, our work is guided by 1,300 trustee volunteers in 50 states and 70 countries. These volunteers are farmers and ranchers, lawyers and developers, utility and energy executives, business CEOs and college professors, government officials and private philanthropists. They are young and old, rural and urban, from red states and blue.

I’m pleased to report that this diverse group—which spans the political spectrum—is now working together in the U.S. to build broad, bipartisan support for practical climate solutions in all 50 states. They are motivated by a growing understanding of climate impacts on the places we’ve worked so hard to protect, respect for science and a strong commitment to civic engagement. For example:

By tailoring solutions to circumstances in each state, we’re bringing diverse groups together to find common-sense solutions to the climate challenge. We have a long way to go, but these examples show that it’s just not true that we’re hopelessly divided.

While clean energy currently grabs the lion’s share of headlines on climate solutions, restoring forests and other ecosystems could contribute more than one-third of global emissions reductions needed to reach the goals of the Paris Agreement. From the forests of the Amazon to the peatlands of North Carolina to the croplands of Iowa, this strategy has huge potential to scale. And these strategies don’t just offset carbon emissions. They improve water and air quality, enhance soil health, increase agricultural yields, bolster biodiversity and support livelihoods—all on very cost-competitive terms.

As many countries move toward a goal of net zero emissions by 2050, these natural climate solutions will play a critical role in offsetting any continued use of any fossil fuels.

This is a win-win-win way to address the climate challenge that everyone should be able to support.

3) Support for carbon pricing is growing—on both sides of the aisle.

In the U.S., several groups are keeping carbon pricing on the radar in Congress and in the states.

For example, the Climate Leadership Council (CLC)—which includes 11 of the largest companies in the world (including ExxonMobil and GM) as well as former Secretaries of State, Treasury and Energy—is calling for a price on carbon emissions starting at $40 per ton, with all the revenue rebated to American households. The plan, supported by prominent Republicans, draws on free-market…