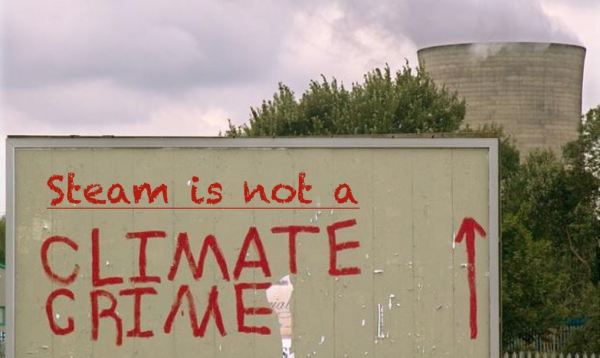 If Greens want to decarbonise the economy to prevent climate change, why are they so opposed to nuclear power? A small but growing number of greens are also asking this question. Some of them accuse their fellow travellers of misleading the public.

Climate change is an energy problem, so let’s talk honestly about nuclear

Fear of nuclear energy runs deep but it may be the most efficient and clean energy source we have, albeit with complications.

The vast majority of the carbon and greenhouse gases we spew into the atmosphere are generated by our need for energy, prompting the late Prof Sir David MacKay to observe that “the climate problem is mostly an energy problem”. Clearly then, we must reduce our carbon emissions drastically, and it is likely that nuclear power will play a substantial role in this endeavour. Yet despite the pressing nature of the problem, there are few topics as consistently contentious as the one of nuclear power, and the long history of opposition to it cannot be ignored.

Yet, as I’ve written here before, these claims do not stand up to scrutiny and persist in the face of report after report to the contrary. Years of subsequent investigation place the death toll of the disaster at approximately 43 people, with deleterious health effects failing to materialise at any appreciable rate. That this information is surprising to many is indicative of quite how polarised the discussion on such a vital topic has been.

Much of the reason for this is ideological – Greenpeace is but one organisation that has been criticised for releasing misleading anti-nuclear information, claiming that up to 200,000 deaths are attributable to Chernobyl. This figure has been roundly debunked, but predictably strikes fear into the public conscience, encouraging panic in place of reason.

This is not the first time The Guardian has published a pro-nuclear article. Guardian environment columnist George Monbiot in 2011 insisted that Fukushima demonstrated the safety of nuclear power. Former NASA GISS chairman James Hansen is also a fan of nuclear power – a stance which upset Naomi Oreskes so much, she accused Hansen of being a “denier”.

I believe future historians will judge this irrational hatred of nuclear energy as the single greatest reason why greens lost the climate debate. The obvious contradiction between green claims that we face…