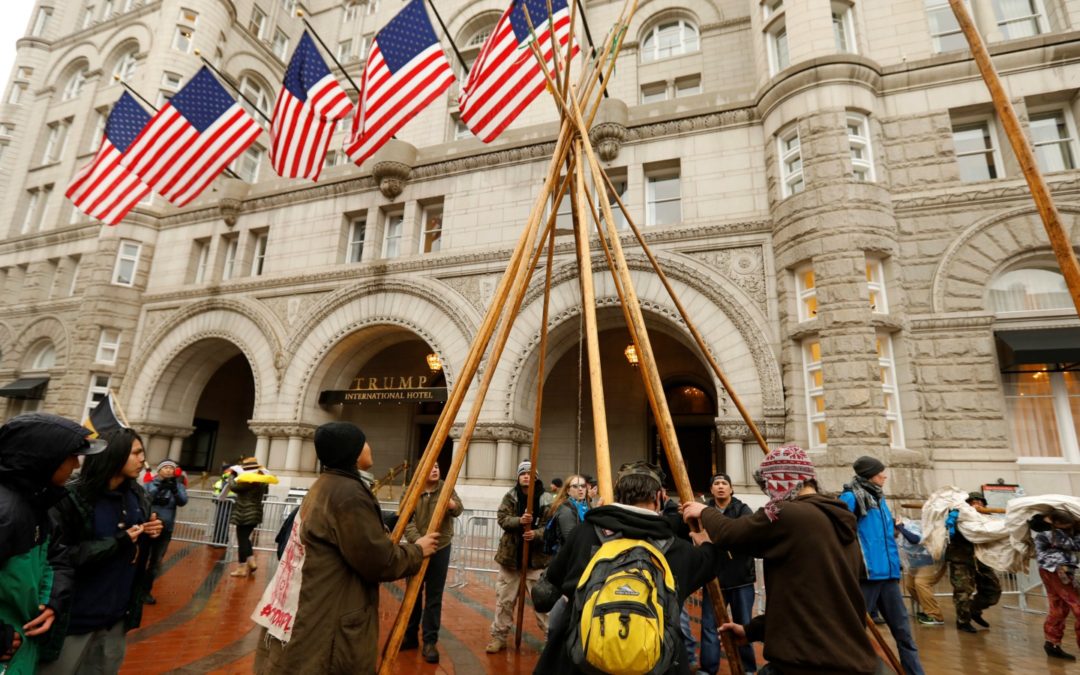 This story was originally published by Wired and is reproduced here as part of the Climate Desk collaboration.

On his fourth full day in office, President Trump signed an executive order that was supposed to settle this whole Dakota Access Pipeline thing — no more delays due to protests, no more reconsidering the route because of environmental worries. And for a while, it seemed to work. The protest camps are gone, and the pipe has been pumping oil since March. But Thursday, a federal judge ordered a do-over on the rush-job environmental review Trump ordered back in January.

Trump came into office aiming for a blitzkrieg on environmental regulations. He got trench warfare. That’s because firing from the other side of no man’s land is a nimble alliance of environmental groups that have spent decades preparing for the likes of him. You have probably heard of many of them: the Sierra Club, National Resources Defense Council, EarthJustice, and so on. Others are smaller, focused on regional issues — like the Standing Rock Sioux that just won a small victory against the Dakota Access Pipeline. What they all have in common are stubborn, attrition-minded legal teams. Trump’s assault is just a more bombastic version of what these lawyers have weathered under past administrations. And if there’s any green left in the government by 2020, they’ll be the ones responsible.

President Trump is famous for, among other things, his love of infrastructure and hatred of regulations. His Jan. 24 executive order didn’t actually target the Dakota Access Pipeline specifically. It was a sweeping declaration, meant to fast track every new, large, high priority infrastructure project through environmental review. “The White House’s strategy is to deconstruct the administrative state and give favors to the fossil fuel industry,” says Pat Gallagher, director of the Sierra Club’s environmental law program. So these environmental NGOs are changing tack to adapt.

“This is not an abrupt change in our overarching goals,” says Erik Schlenker-Goodrich, the executive director of the Western Environmental Law Center. “This is just a change in footing from offensive to defensive.” Obviously, things were different under the Obama administration. Groups like the Western Environmental Law Center often worked with the government to develop policy.

For example, the Bureau of Land Management’s Methane Waste Prevention Rule. Methane is an incredibly potent greenhouse gas, with more than 86 times the warming potential as carbon dioxide, plus a tendency to leak out of oil and gas drilling equipment. A lot of that drilling happens on public lands, managed by the BLM. So starting in 2008, the Western Environmental…