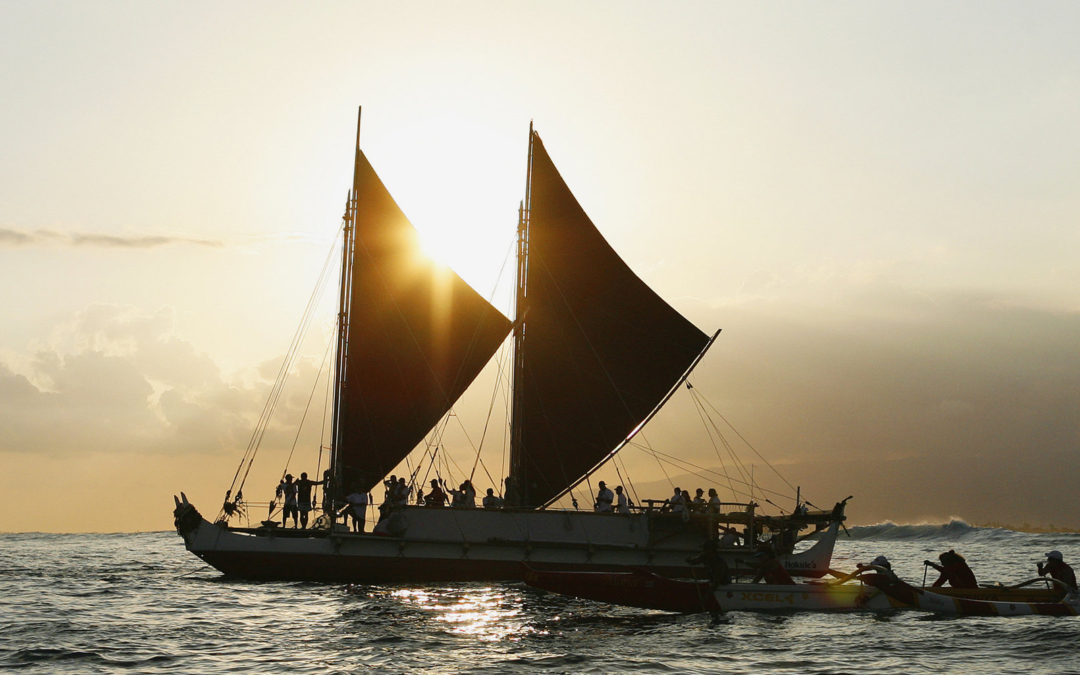 HONOLULU ― Three years after setting sail from Hawaii using only the stars, the wind and ancient Polynesian navigation techniques to voyage around the world, the Hokulea, a traditional double-hulled Hawaiian sailing canoe, has arrived back home on the island of Oahu.

Thousands of people welcomed the Hokulea as it docked in Magic Island in Honolulu early Saturday morning. Hawaiians greeted the canoe and its crew with traditional chants.

The homecoming, which marks the end of a difficult and meaningful voyage, was an emotional one for many. As the canoe approached land, a rainbow could be seen just off the horizon.

The Hokulea was greeted by a rainbow as it sailed past Waikiki this morning. This photo was taken from Elks Lodge 616 about 7:20 a.m. pic.twitter.com/kYqpdAJgIb

In 2014, navigators with the Polynesian Voyaging Society…