Hershey Montessori puts independence at the heart of learning 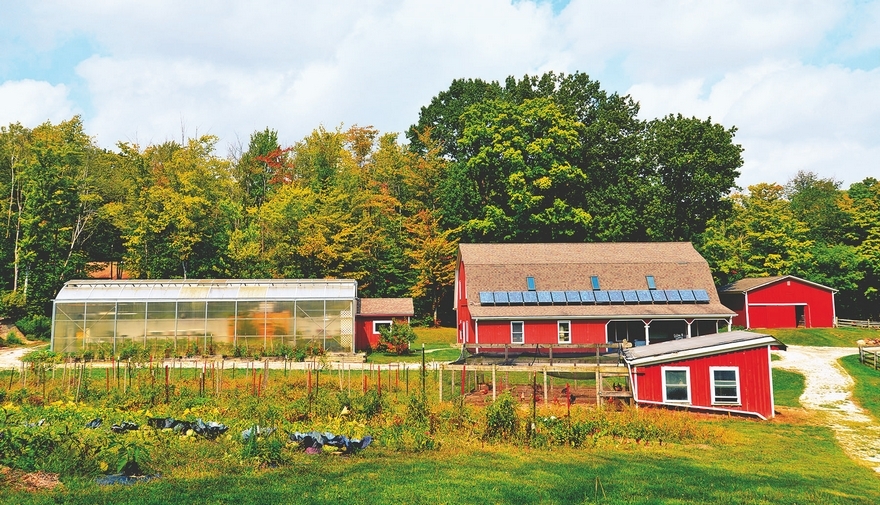 Hershey Montessori School‘s Huntsburg campus is anything but typical.

For one, the 97-acre campus in Geauga County is home to a working farm with chickens, horses and a garden. There are no end-of-course exams. Students can live on campus, but even those who commute help cook for one another and care for the livestock, in addition to learning more traditional subjects like math or foreign languages.

Hershey Montessori has been in existence for nearly 40 years, and it continues to grow and evolve. It has two campuses, with the Concord campus serving students from infancy through age 12 and the Huntsburg campus now serving ages 12 through 18.

Its newest piece, the upper school program, which serves students ages 15-18, has been growing for the last two years and will be fully implemented through 12th grade this fall. School officials believe Hershey Montessori is the first school to fully realize the vision of Maria Montessori — the Italian educator who died in 1952 known for developing the philosophy — for educating children from birth through age 18.

At the heart of the Montessori philosophy is an emphasis on independence and self-directed activity, according to Alyssa Schwartz, interim executive director of Association Montessori International/USA. Schools are expected to meet regulations and standards, she said, but children are more likely to enjoy school and learning if they have the chance to research what interests them.

Much of Maria Montessori’s work focused on the young child, said middle school program director Judy Venaleck. And although Maria Montessori researched adolescent education, she passed away before she was able to implement her philosophy at that level.

However, families at Hershey Montessori yearned to extend their children’s education beyond the elementary level.

Ideally, that included them learning on a farm campus where they could care for animals, grow their own food and cook for themselves and others.

Reflecting on Maria Montessori’s vision for adolescent education, Venaleck said adolescents need to be prepared to step away from their family unit, and that kind of responsibility helps them on that path. Though it’s not necessary for adolescent Montessori programs to have a farm, the ability to have a “microcosm” of society and the responsibilities that go along with that is important, said Ewert-Krocker.

In many ways, the Huntsburg campus has become a model for…