How To Choose The Safest, Healthiest And Most Sustainable Seafood 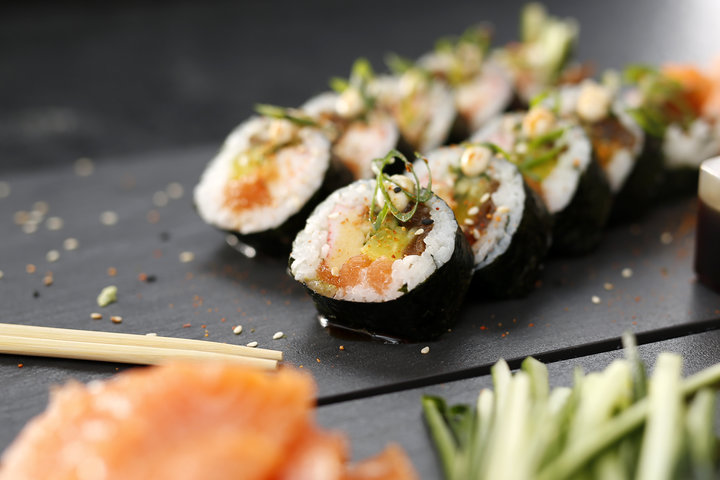 Picking out fish should be a simple enough task, right? Unfortunately, it’s not as easy as grabbing a fresh-looking cut or some frozen shrimp and never giving it a second thought. These days we wonder: Does it have mercury? How much? What is its country of origin? Is it being overfished? And a new concern: Am I even getting the right fish?

Researchers at the University of California, Los Angeles, and Loyola Marymount University recently performed DNA tests on sushi from 26 Los Angeles restaurants and found that 47 percent of it was mislabeled. Yellowfin tuna ended up being bigeye tuna, and red snapper and halibut orders were mislabeled 100 percent of the time, with most halibut turning out to be flounder. A one-year sampling of seafood from grocery stores showed similar rates of mislabeling, which suggests that the fish swap could be occurring earlier in the selling process. This may mean we’re overpaying and getting a less safe catch. Bigeye tuna, for example, is higher in mercury than yellowfin tuna.

This may mean we’re overpaying and getting a less safe catch. Bigeye tuna, for example, is higher in mercury than yellowfin tuna.

To help you enjoy that sushi roll or grilled salmon steak without worry, we created this primer to safe seafood, using research from the Environmental Defense Fund. Now you can stock up on fish you feel good about.

What to know about mercury and farmed vs. fresh

Mercury is a health concern ― in excess it can cause neurological issues — but keep in mind that all fish contains traces of this metal, since it’s in our water, notes Tim Fitzgerald, director of impact at the Environmental Defense Fund’s Fishery Solutions Center. “It’s about the dose you’re getting,” he says.

One easy rule of thumb? “If a fish is bigger than you, it probably has a lot of mercury,” says Fitzgerald. That’s because larger fish (like swordfish and tuna) eat little fish, which drives up their mercury levels even more. Still, there are plenty of safe, low-mercury seafood picks, and as long as you’re not frequently eating large portions of high-mercury fish, it’s not a major issue.

Turns out, the way fish is raised and caught can also have health implications. You would think that wild-caught would always be the way to go, but that’s not the case. While there is concern about the use of chemicals, overcrowding, and disease with farmed fish, farming in closed tanks…