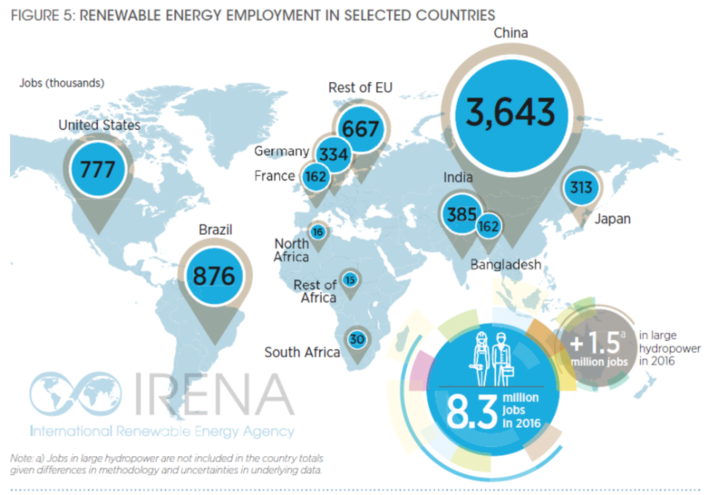 Trump’s decision to quit the Paris climate accord, combined with a steady stream of executive actions to try and erase America’s climate programs, adds up to a full-scale retreat from America’s record of environmental leadership. Not only is that leadership good for America’s health and economy, but our businesses, workers, and innovators are essential to ensure the world makes progress towards solving climate change at the fastest possible pace.

Trump must not have the last word on whether America turns backward or leads forward on clean energy and climate. We must now resolve to overcome the reckless obstacles created by the White House and redouble our collective determination to accelerate a clean energy economy. Here are five reasons why America can’t afford to move backward.

China will eat our lunch, dinner and dessert

China is outpacing America on clean energy. With Trump turning his back on the world, China and the EU have already announced their intention to join together and lead, aiming to become the unrivaled clean energy trading partners of the developing world. Clean energy is creating jobs in America far faster than other sectors, but China has already grabbed 3.6 million of the world’s 8.3 million renewable energy jobs, according to a report by the International Renewable Energy Agency.

“Climate change is a significant threat to the health of the American people. The impacts of human-induced climate change are increasing nationwide. Rising greenhouse gas concentrations result in increases in temperature, changes in precipitation, increases in the frequency and intensity of some extreme weather events, and rising sea levels.” — U.S. Global Change Research Program

The following maps provide insight into just one example of the very real health impacts of climate change in America: Lyme disease. One of the most rapidly expanding insect-borne diseases in the country, Lyme disease is becoming more common and spreading in range as the planet warms and seasonal patterns change. The…