Humans Are Changing the Underwater Soundscapes of the World’s Oceans 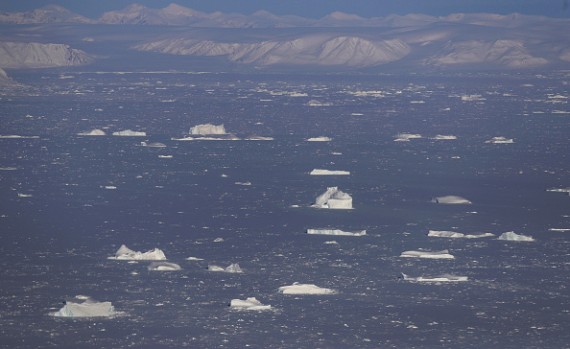 We don’t usually think of oceans as being filled with sound.

But that’s exactly what oceanographer Kate Stafford studies — the underwater soundscapes of the world’s oceans, which are filled with noises from waves crashing to ice screeching to whales singing. She also studies migratory patterns and geographic variation of marine mammals, and in a recent Tedx Talk, Stafford discussed how climate change is changing the sonic landscape of oceans. Using the Arctic Ocean as a case study, she explained how the human impact on climate could have unknown consequences for marine life which rely on listening to sounds in the ocean for survival.

As Stafford explains, there are three main ways climate change and the resulting retreat of sea ice, particularly in the Arctic, are affecting the soundscapes of the ocean. First, is the role that sea ice plays in creating sounds. Although in the dead of winter, when ice covers the ocean, ambient noise is almost nonexistent, when the weather warms and ice starts to melt and move, “The ice, too, makes sounds,” says Stafford. “It screeches and cracks and pops and groans, as it collides and rubs when temperature or currents or winds change.”

Humans rely on sight most heavily of all the senses, but underwater mammals…