In the Garden: Enjoy a ‘succulent pizza’ away from fray of garden wars 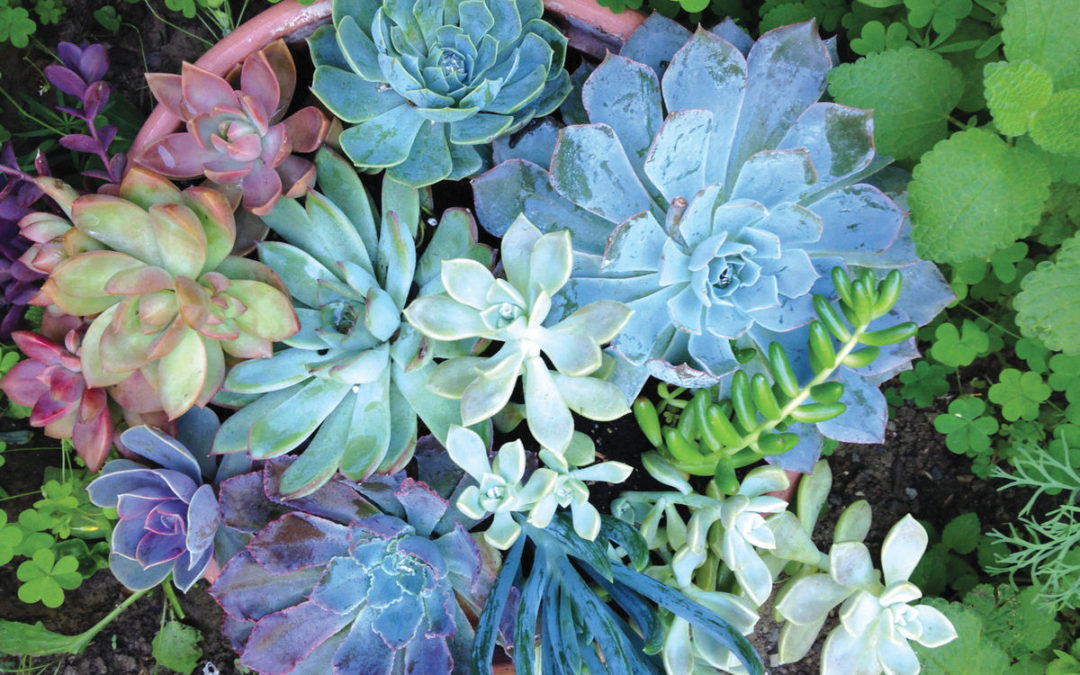 Maybe you’ve heard. I’m embroiled in The Great Garden Wars, fighting to rid my garden of plants that are either overly aggressive, or not worth bothering with. I don’t see an end in sight, and honestly, it’s too soon to even declare a winner. The Unwanted Plant Mobile hauled 480 pounds (including a 30-year-old Rose of Sharon that bloomed once for six hours) of castaways to the yard waste composting site since the last time we talked, and another load is piling up. Yesterday, my husband casually mentioned that compost piles can sometimes reach temperatures greater than 200 degrees and spontaneously combust. There’s little scientific research about what can happen if the pile happens to be inside a Suburban, so I’m leaving the windows open for ventilation and hoping for the best.

Garden ranting is exhausting, so between loads, I’ve been working on another project that, blessedly, can be completed in an hour. Even the novice gardener can create something simply stunning and worthy of the cover of Martha Stewart’s magazine on their very first try. When the going gets tough in the garden, take a time-out and make a “succulent pizza.”

Thomas Hobbs came up with that quirky term, and I heard him explain it at an Oregon Hardy Plant Society study weekend in Portland years ago. An author and nurseryman from Vancouver, British Columbia, Hobbs became smitten with tender succulents in the late 1980s, long before they started showing up on so many gardeners’ radar. At first, he used them as garden plants, filling empty spaces at the front of his borders, and mixing them with perennial grasses and spiky tropicals. As more unusual forms became available, he felt these jewels were simply too special for only…