In The U.S., The South Will Pay The Most For Climate Change, Study Finds 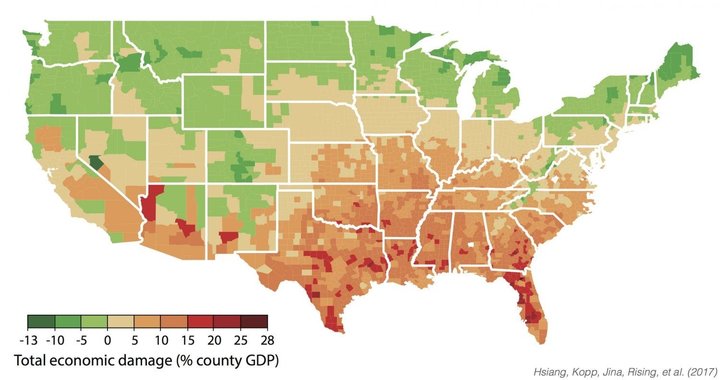 As temperatures rise in the coming decades, no part of the United States will pay a bigger price than the South.

That’s according to a study published in the June 30 edition of the journal Science that forecasts the economic damage of climate change on a county-by-county basis. Overall, researchers found, the parts of the country that are already the hottest and have the greatest economic disparities will likely suffer the most.

“In the absence of major efforts to reduce emissions and strengthen resilience, the Gulf Coast will take a massive hit,” Robert Kopp, a climate scientist at Rutgers University-New Brunswick and one of the study’s co-authors, said in a release.

As a result, economic opportunities would shift northward and westward from the South and the Midwest, stimulating economies along the Rocky Mountains and in the northern border states: