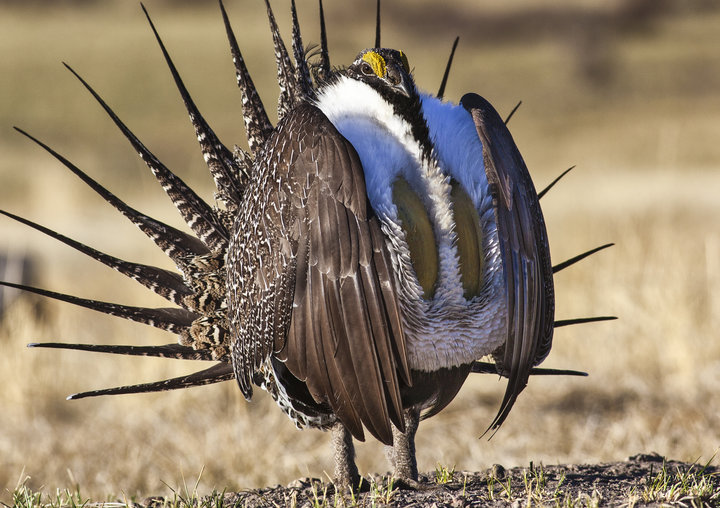 WASHINGTON — The Trump administration has called for a review of an Obama-era conservation plan for the greater sage grouse, a move that appears partially aimed at opening up more of the declining gamebird’s habitat to oil and gas development.

Interior Secretary Ryan Zinke told reporters on a call Wednesday that the secretarial order he will sign Thursday will establish a team to review conservation efforts and make management recommendations within 60 days. The goal, Zinke said, is to improve collaboration between federal agencies and 11 Western states to ensure continued protections of the imperiled bird, while providing states with “greater flexibility” to pursue opportunities for energy development and job growth.

“There have been some complaints by several of the governors that their ability to use federal lands — whether it’s for oil and gas, recreation, timber, across the board — that some of the heavy handedness on habitats don’t allow for some of those uses, and they’ve come up with what they believe are innovative plans and workarounds,” Zinke said. “And we certainly want to work with states if that’s their desire to do that.”

Zinke added there is “a lot of mistrust” and “anger” in communities that feel they haven’t had a voice.