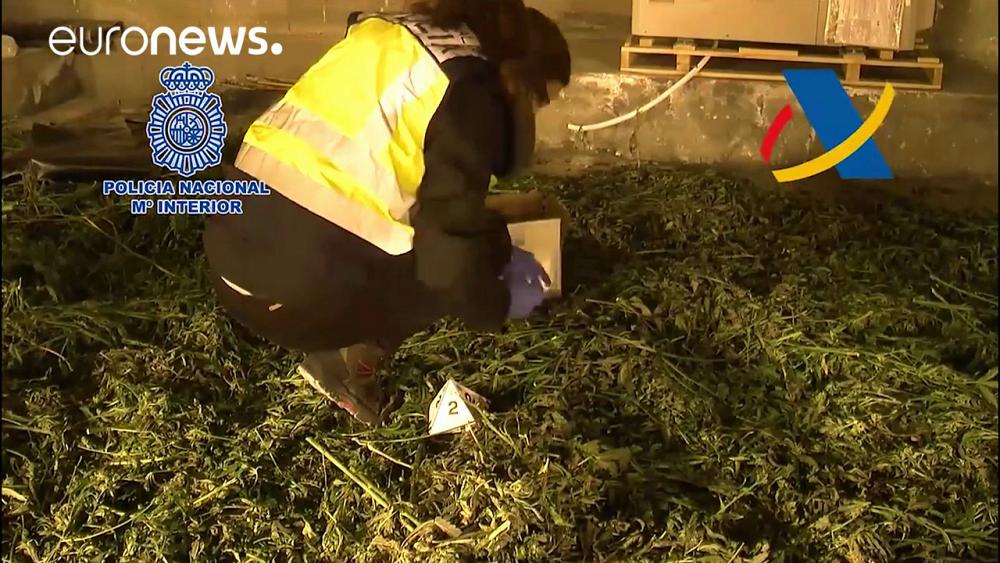 Cannabis production in Spain has grown significantly in recent years with more than 300,000 plants seized in 2015. Marijuana labs are believed to be operated by organized groups who want to export to northern Europe.

They called her ‘the president’. She run a prosperous business in the holiday town of Marbella, on the southern coast of Spain. Francisca Pérez, 50, had allegedly set up three marijuana labs in three separated townhouses in the same luxury Aloha Village Lake estate. The Spanish Police seized 1,225 cannabis plants and five loaded guns.

This operation in July 2016 was one of many the Spanish police have launched in the past few years. “We are dismantling marijuana labs each week”, a policeman who wanted to remain anonymous told Euronews. “Organised groups may rent out different chalets, flats and warehouses or they hide the plants in the middle of maize fields”.

“Gangs are moving into the cannabis business because it is incredibly profitable. Prices range from five to 25 euros per gramme and penalties are much lower than other drugs. Because each plantation has a relatively small size, when we arrest them, they are soon released with very soft convictions”, he argued.

Spain has long been considered as Europe’s point of entry for cannabis resin, also known as hashish, coming in from Morocco. But now it’s also increasing its own marijuana production to satisfy local and external demand. Seizures of cannabis plants grew by 53.6% between 2013 and 2014 and an extra 40.3% the next year.

The Spanish police took 379.846 plants out of the market in 2015, an amount only surpassed by those in the Netherlands and the United Kingdom, according to new data released by the European Monitoring Centre for Drugs and Drug Addiction (EMCDDA).

Explore all the data and graphics behind the 2017 European Drug Report in our Statistical Bulletin: https://t.co/Q40LNaZ3Za #openData pic.twitter.com/WaMyNz3KPH

“Cannabis resin has always been a very plentiful product in Spain, like in France, or Italy, and it is also the case that now the herb is more frequent that cannabis resin. So in this sense Spain is part of a general European trend”, Laurent Laniel, a scientific…