Is Your Fish Dinner on Prozac? 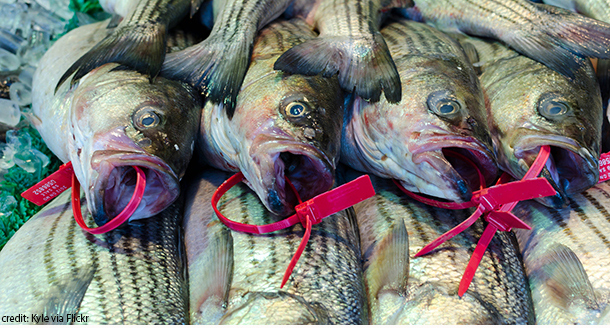 Most of us employ an ‘out of sight, out of mind’ mentality when we flush the toilet. But what about when you discover some of the things we flush are coming back to us through our drinking water?

Wastewater treatment plants remove lots of harmful materials, but scientists have been finding trace amounts of pharmaceutical and illicit drugs in our drinking water that most common filtration systems don’t catch. These drugs wind up in the sewage system, both through human excretion and through people flushing unwanted drugs down the toilet. The drugs that have been detected include painkillers, birth control, anti-depressants, and antibiotics.

The issue first reached mainstream concern when researchers in the United States discovered male small-mouth bass with eggs in their testes. These intersex fish have been attributed to irregular estrogen levels in the river water from pharmaceuticals like birth control. Other studies have found that some minnows exposed to antidepressants experienced developmental delays, anti-social behaviour and less interest in mating.

Dr. Chris Metcalfe, a professor at Trent University’s School of the Environment, has been researching the toxic effects of drugs and other contaminants in aquatic environments since the early 2000s. In his studies, he has found that antidepressants accumulate more within fish than other pharmaceuticals, and this may influence the behaviour and mating habits of different fish. Metcalfe has also began investigating the impacts of illicit drugs on aquatic organisms, an area of study where he says there isn’t as much research being done.

“We have been doing some work on the effects of antidepressants and illicit drugs on neurotransmitters in the brain. [These drugs] actually modulate neurotransmitters, things like dopamine and serotonin,” explains Metcalfe. “What this means to the actual fish is difficult to sort out at this point. What we do know is those levels in the brain are important as signals for spawning.”

While there has been research on the impact of pharmaceuticals on aquatic ecosystems, little research has been done into the potential effect on humans. This lack of research is largely because detection levels were so low, most scientists believed they weren’t harmful. Still, there are some who believe chronic exposure could negatively impact humans and fear governments won’t act until it’s too late. Countries now face the decision whether to take preventative or responsive action.

Part of the reason few countries have installed new treatment plants is because funding these updates would be extremely costly. According to Metcalfe, the best way to reduce drug levels in drinking water is to employ tertiary treatment: a more thorough, three-step process of treating wastewater. Most treatment plants are only capable of secondary treatment.

Some tertiary plants have been popping up in North America, and especially in Europe. Still, many governments aren’t interested in investing millions of dollars to filter out pharmaceuticals that so far, show no adverse effects to humans – even if there is evidence these contaminants disrupt river ecosystems.

“The use of pharmaceuticals in Canada is increasing by ten to twelve percent every year. It doesn’t take a…