It’s The First Climate Lawsuit To Make It This Far, But It Won’t Be The Last 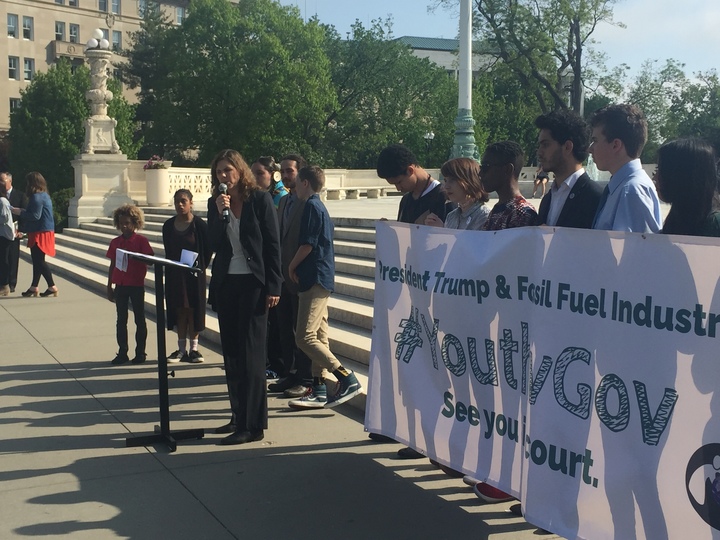 Yesterday, I had the opportunity to speak alongside several U.S. senators, lawyers, activists and the youth plaintiffs in Juliana v. U.S. who are suing the federal government over climate change. Below are my remarks from the rally, which took place at the steps of the Supreme Court before supporters and the media.

I am a human rights lawyer, and my organization EarthRights International has worked for over 20 years to hold corporations—such as fossil fuel giants like Chevron, Shell, and ExxonMobil—legally accountable for human rights abuses.

Human rights abuses such as rape, slavery, torture, and crimes against humanity. As such, over the course of my career, I have had a lot of experience with injustice.

I am honored and proud to be standing here with these brave young people, their bold lawyers, and elected representatives who are standing up to the injustice of climate change.

To borrow Judge Aiken’s words . . . “this is not an ordinary case.” I, too, am familiar with cases that are not “ordinary.”

My colleagues and I at EarthRights International have represented some of the most marginalized communities across the planet against some of its most powerful corporations, and won!

So let me say one thing to everyone involved in this lawsuit—and maybe especially to those who they are suing: The American system of justice is blind to the power of money, and sometimes—just sometimes—the good guys win!

While this case may not be “ordinary,” it is absolutely necessary.

And our time is running out.

We have our work cut out for us. Present company aside, our government is doing worse than nothing.

Our government has been hijacked by corporations, hijacked by fossil fuel companies and hijacked by big oil like Exxon and Chevron.

They are pushing us backward, greenlighting pipelines and rolling back environmental regulations.

But let us not make the mistake of thinking that this pattern began with Trump (though he may have perfected it). The truth is, our government has been under the influence of big oil for as long as I can remember!

This case has been called the trial of the century… any lawsuit that aims to vindicate the rights of our children… can be nothing less.