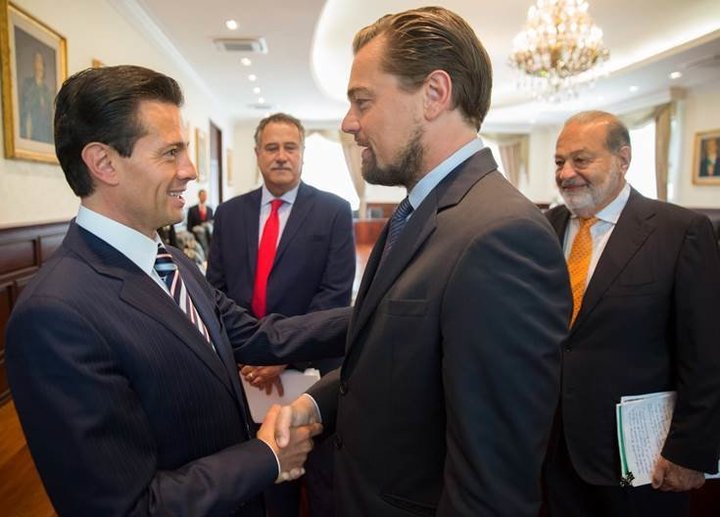 The Mexican government has announced new efforts to save the critically endangered vaquita from extinction, following a widespread advocacy campaign by groups including the World Wildlife Fund and the Leonardo DiCaprio Foundation.

Mexican President Enrique Peña Nieto, actor Leonardo DiCaprio and billionaire Carlos Slim met Wednesday to mark the signing of a Memorandum of Understanding that will spark new efforts to save the animal, which researchers worry could become extinct by next year. Last month DiCaprio launched a Twitter campaign aimed at Mexican officials to encourage them to take action, an effort that led Peña Nieto to declare the country was focusing “all its efforts to prevent the extinction of the species.”

“Now more than ever, the world is looking for bold leadership at every level to tackle climate change and environmental conservation issues,” DiCaprio said in a statement after Wednesday’s meeting. “This action is a critical step towards ensuring that the Gulf of California continues to be both vibrant and productive, especially for species like the critically-endangered vaquita.”

The memorandum includes a permanent ban on fishing nets that often unintentionally trap the animals and an increase in enforcement for such an effort.