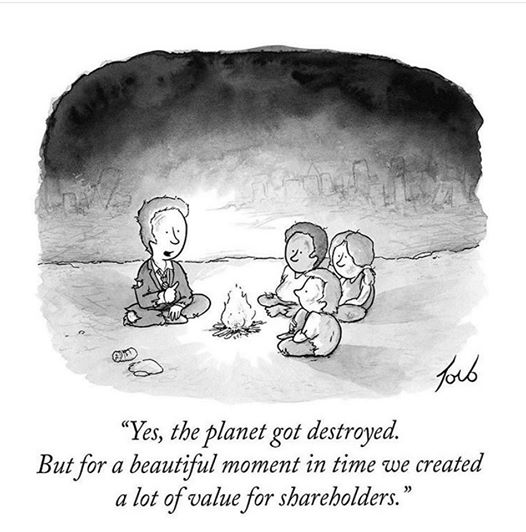 ”I think all of us have a social responsibility to resist Trump’s destructive agenda in every way we can,” artist Tom Toro told HuffPost.

For Toro, his particular brand of resistance often comes in the form of cartoons, many of which have appeared in publications like The New Yorker. Shortly after it was announced that President Donald Trump would be pulling the United States out of the Paris Agreement, an international effort to combat climate change, one such cartoon began making its way across social media.

In it, two caricatures resembling Trump and Vice President Mike Pence are pictured in shoulders-deep water, marooned on an island, the former muttering: “Don’t worry ― I’m tweeting that climate change is fake.” Pence appears, hands joined in prayer, as a complicit witness.

“Humor is the heartbeat of a healthy democracy,” Toro added in our previous interview. “And, well, as we’re soon going to show our so-called president, the joke’s on him.”